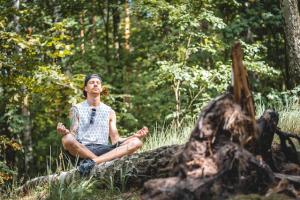 Over the years, religion, especially Western religion, has proved not only ineffective, but also harmful. Many within religion have fabricated the fear that leaving religion will lead to something worse. It’s just in their heads, but that’s the story and they’re sticking to it.

As I mentioned a few days ago, the initial stages of the deconstruction are extremely difficult, but once we get a little further down the road it gets much better in my opinion.

Why is less religion better?

1. The community is more authentic.

It’s appropriate that we talk about this now, because it’s Halloween. Trunk or Treat is an example of when the church takes us out of our real communities into a fake community overseen by clergy.

The community that religion promises is a fabricated, fake community where everyone believes the same thing and theoretically has the same goals. It is not organic or natural in any way. It’s more of a business proposition. Even though it uses the family and body metaphors, it is much inferior to the real community that occurs naturally in our daily lives.

2. Practices are much simpler.

Since I left organized religion, my practices have become much simpler. I won’t name what they are because I don’t want to debate or compare, but suffice it to say they are simpler, deeper and much more authentic. They are exactly what I need, not what a member of the clergy prescribed me.

Not only do I have to drive nowhere to accept what my religion has to offer, but I can also adjust my practices and adapt to the daily intentions. Some days I do nothing or sit in silence or just breathe. It’s much better than before and no one collects a tenth from me afterwards.

3. Everything I need is inside.

It took me a while to convince me of this fact. I don’t need anyone else to intercede for me or dictate what to learn or how to practice. Leaving religion led to inner healing that not only opened up the injured parts but also helped me see more clearly that everything I needed to thrive was always there.

Not only does this promote authenticity, but it makes my spiritual journey much more effective and pure. Jesus and others have begun, “The kingdom of God is within you.” Organized religion only wrapped layers around this fact and made it nearly impossible to access. But when I left the religion and did the necessary work, it immediately became clear.

Not only did I cut back on my religion, I realized I never really needed it. The simple truth of most religions is easy to teach, and especially with the internet, is easily accessible. Consciousness is much better than indoctrination and much less prone to abuse.

Once I got to this place where I realized I could go in and find simple and profound practices that helped me grow real communities organically, I immediately lost the desire to ever return to organized religion. It is systematically destined to fail repeatedly.

I don’t expect everyone to agree with me completely, but I hope you join the conversation. Laura and I wrote a book called “Into the Desert” that includes this evaluation of organized religion in the 21st century, our experiences of 20 years of ministry and our record of thriving here in the desert.

We invite you to join us!

Be where you are, be who you are,