The Singhi Park Durga Puja in South Kolkata is one of the most popular puja pandals in the city. It draws huge crowds every year and is a must visit on people’s pandal hopping routes. This year, however, the crowds are even bigger. And what attracts them is the theme of the puja pandal – the creations of the iconic artist and writer of Bengal, Narayan Debnath.

Bengalis grew up reading comics about the antics of Nontey-Phontey, Handa-Bhonda and Batul The Great. This year, the famous and timeless characters – created by the award-winning artist – are highlighted in the pandal. And people can’t get enough of it. 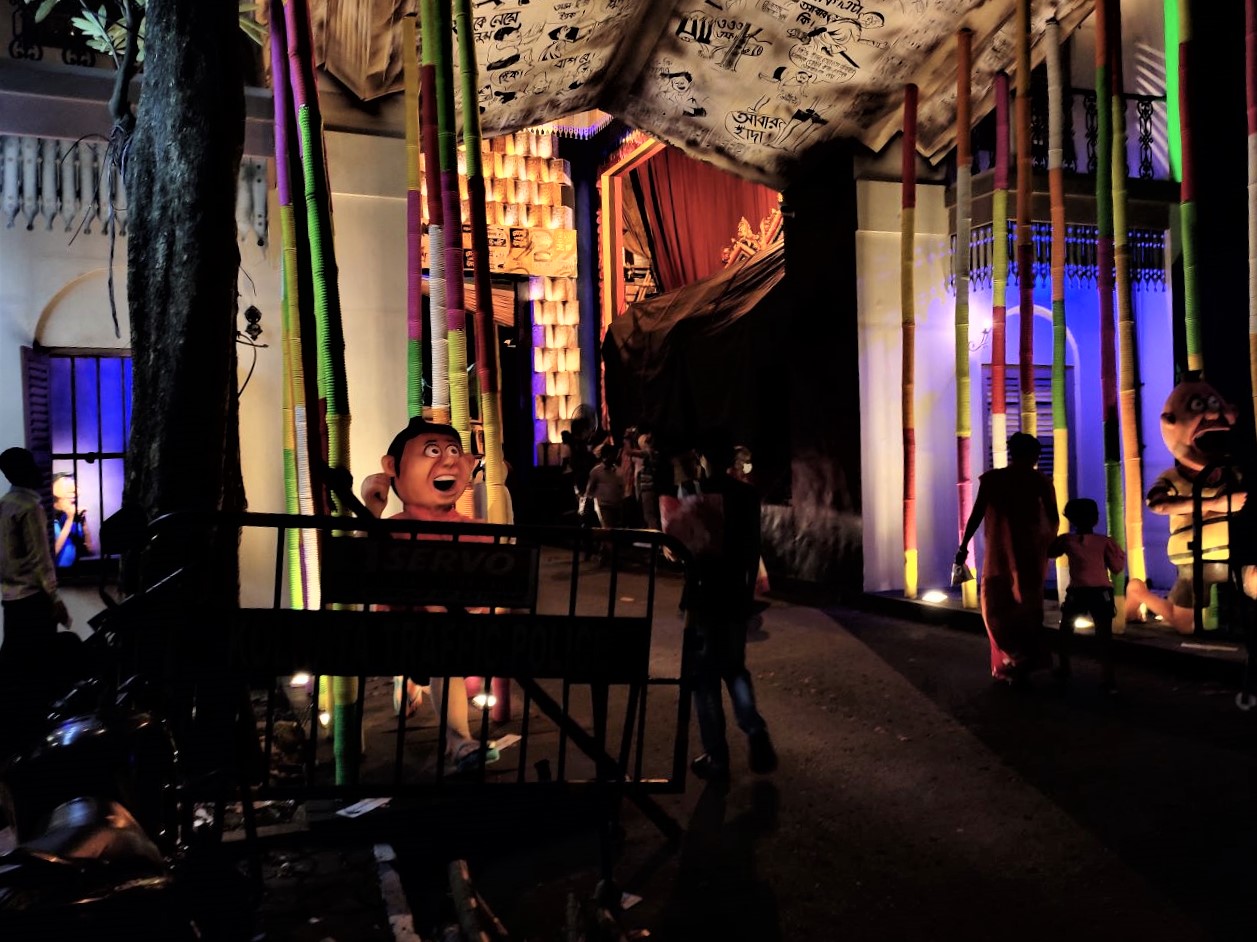 At the pandal, you can see the mischievous Handa rushing over Bhonda, the broad-breasted but clumsy Bantul the Great (who was inspired by the bodybuilder Manohar Aich), and the antics of Nonte Photey whose stories were set in a boarding school. You can see a bull chasing Nontey, and (just like in the comics) he has climbed a lamppost, hanging for life. People stop to take selfies with this 3D model figure. Another popular model is Batul the Great taking a selfie. Even the idol of Durga has some of Debnath’s works in the shaaj (decorations). The access points to the pandal look like an open comic book, giving the feeling of stepping into Debnath’s studio.

“We’ve brought his most famous characters into the pandal in 3D and 2D models. Artist Mithun Dutta has worked on these life-size models, recreating the characters exactly as Debnath used to draw them,” said Avijit Majumder, Singhi Park’s general secretary. puja. At that time, artists used Chinese ink and a pen that drew in thin and thick lines. We have tried to mimic that effect. 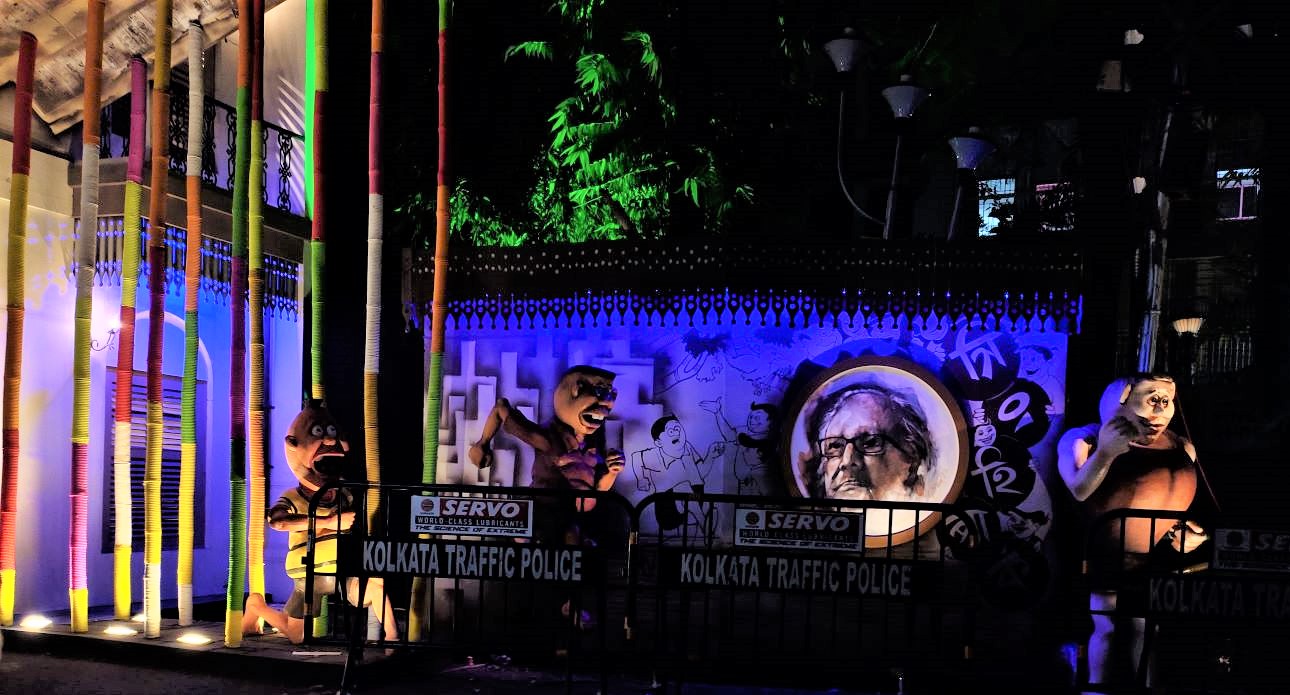 The pandal has even used special Chandannagar lighting arrangements to recreate popular western cartoon characters such as Mickey Mouse. 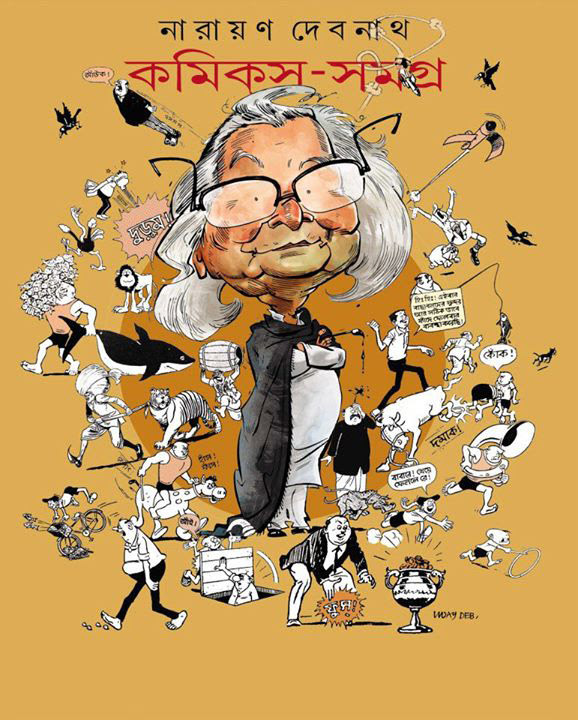 Debnath, who passed away in January 2022, was awarded the Padma Shri, the Sahitya Akademi Prize, and also received an honorary DPhil. An integral part of Bengali childhood for decades, his comic book’s lovable characters include the duo Handa and Bhonda, Bantul the Great and Nonte-Phontey.

RELATED: A Day Around the Ancient Kumortuli Pottery Colony in Kolkata

“At that time, when his cartoons first debuted, the cartoons that were available to us came from abroad (usually from the West),” says Majumder. “The local cartoon scene was missing. He created the characters of his comics by observing the neighborhood boys.” Thus came Nontey-Phontey, Handa-Bhonda and their antics.

How to get there: Singhi Park is located in Dover Lane, near the Gariahat Police Station in South Kolkata. The area has many cafes and eateries where you can get some snacks and drinks.