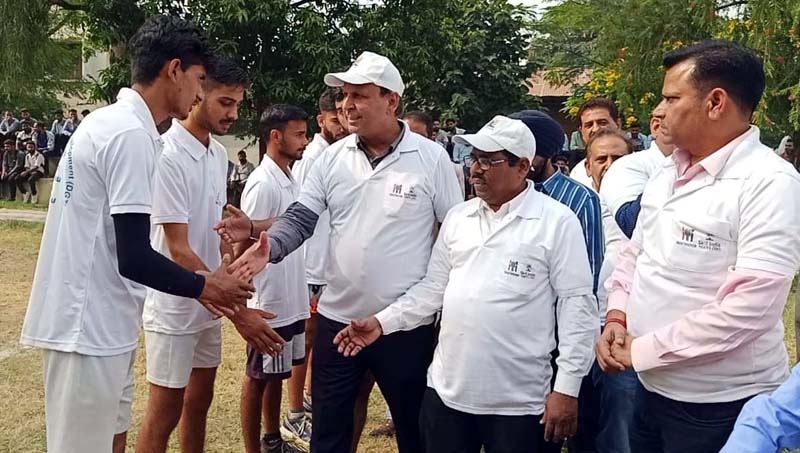 Dignitaries of the match interacting with players at ITI Jammu.

The Leading Daily of Jammu and Kashmir, India