These days, it’s hard to avoid sports betting ads, with Wayne Gretzky and Auston Matthews popping through your TV screen, or billboards and bus ads darting past you on the commute.

That has led addiction experts to fear that the recently relaxed sports betting laws and associated advertising could create challenges for current problem gamblers and create new problem gamblers from a young age.

Noah Vineberg, 48, says it certainly hasn’t been easy for him. He calls himself a compulsive gambler in recovery, now celebrating four years of abstinence. And he says he’s thankful he didn’t have to deal with the influx and convenience of sports gambling before he retired.

“You can’t sit down to watch something on TV and get through an hour without watching multiple gambling ads,” the father of four said in an interview with White Coat, Black Art presenter Dr. Brian Goldman.

Vineberg, who lives in Ottawa, started gambling in high school, through a form of parlay betting called Pro Line. This is betting where at least three different events are correctly predicted to receive the payout.

But now there are many more options. 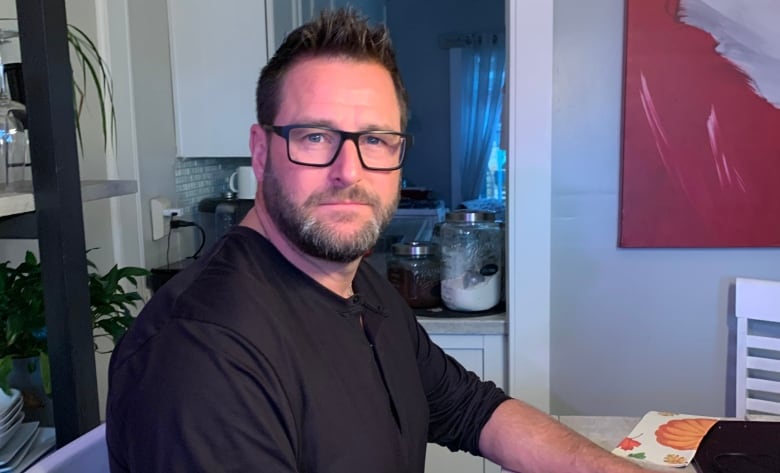 In 2021, the federal government made gambling on individual sporting events legal, allowing provinces to regulate it themselves.

Before that, six provinces allowed parlay betting. The 2021 bill allowed bets on one game, such as the Super Bowl outcome.

Ontario became the first province to create a regulated sports betting program, starting in April, and accompanied by the onslaught of advertisements. Even if you switch channels during commercials, sports channels talk about it during matches, making it nearly impossible for sports fans to avoid.

And experts say the way sports gambling has evolved is also dangerous.

David Hodgins, professor of clinical psychology at the University of Calgary and coordinator of the Alberta Gaming Research Institute, says slot machines and casino games are some of the riskiest forms of gambling because they produce immediate results.

People who struggle with gambling problems are most at risk of suicide, [more] than any other addiction​.- Amanda Laprade, Gambling Advisor

Sports gambling has evolved to look a lot like slot machines, he said. People can now bet on the tiniest details of a game, not just the results, giving people the same constant source of gambling as when they play the slot machines.

“You can bet online on different types of sports 24 hours a day,” Hodgins says.

“It’s starting to look more and more like gambling on slot machines in terms of very fast pace. So there’s a concern that that’s going to be problematic for some people.”

He says there is also a sense that people can get good at it and improve their ability to place bets.

Experts worry about the influence of Ontario’s sports betting ads Sports betting ads are popping up all over Ontario, causing some experts to worry that they could reach audiences outside the province and entice them to play on unregulated gambling sites.

Vineberg said he’s ashamed to admit what he did to make sure he had money for the next bet, but said talking about it is part of his recovery. He has borrowed money from family that he has never repaid, has committed credit card and insurance fraud and even stolen it, he said.

“I’ve done robberies without hurting people, but that was the rationale in your head. Then nobody got hurt, but someone always gets hurt in the end,” Vineberg said.

“I could rationalize anything to let myself play.”

Vineberg compares it to a double life. He would call in sick from his job as a bus driver so he could focus on betting; he even had a separate bank account and would deposit part of his wages into it.

“One time I stopped the bus with people on it and ran into a bar to see the last shot of a match I was waiting for to have a big outcome,” Vineberg said.

Sometimes he would win, but that money would run out just as quickly. He estimates that he lost about $1 million to his gambling addiction.

“I won huge sums and then turned around and screwed up playing video blackjack in the toilet and it’s just bullshit,” he said.

The flood of advertisements worries Amanda Laprade. She is a betting advisor at Rideauwood Addiction and Family Services in Ottawa. Her customers who are addicted to sports gambling tell her that the ads have become more aggressive than they have ever seen.

And she says that with hockey legend Gretzky and actor Jamie Fox appearing in these sports betting ads, she’s also concerned about who might be affected.

“I’m afraid that’s going to target younger and younger generations. And then I’ll run into those people later down the road,” Laprade said. 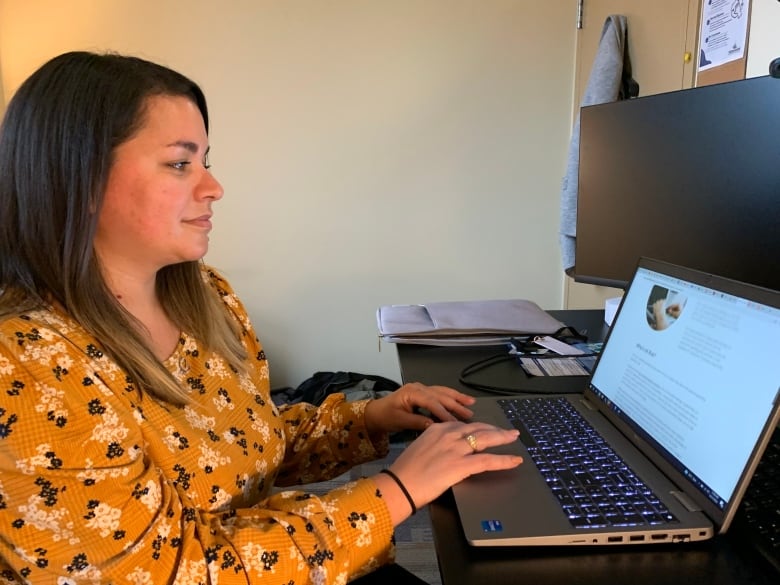 Amanda Laprade, a betting advisor at Rideauwood Addiction and Family Services in Ottawa, says there needs to be more regulation around sports betting ads. (Brian Goldman/CBC)

“When we see these celebrities looking like they have it all, it’s like, ‘well, if they can do it, so can I.’ I think that’s really misleading and dangerous,” said Laprade.

Laprade said the dopamine the brain receives while someone waits for the outcome of a bet, such as a player making a shot or a goalkeeper making a save, is just as powerful as when the outcome actually occurs. That’s what makes it so addictive.

But Vineberg said his mind wouldn’t dwell on success in those moments. Instead, he would think about the next bet.

“I already have in my head… 100 more bets I want to play with the amount of money that’s going to come out if that actually goes through the hole,” Vineberg said.

Laprade said there was a reduction in the number of young people becoming addicted to sports gambling.

“I think Canada needs to be a little bit more progressive that way and shift the way we support people who are struggling with gambling issues a little bit,” Laprade said.

She also suggests educational ad campaigns, similar to those of Mothers Against Drunk Driving, to showcase the dangers of sports betting and gambling.

According to data collected by Statistics Canada in 2018, nearly two-thirds of Canadians aged 15 or older reported having gambled in the past year, and 1.6 percent of gamblers were considered to be at moderate to severe risk for problems related to gambling. . 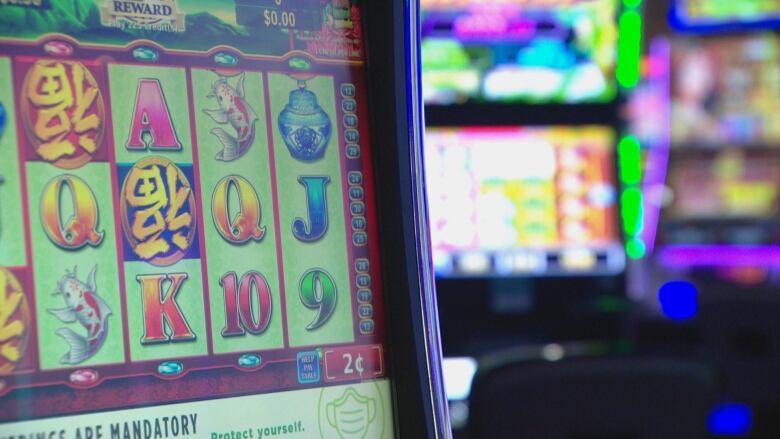 A slot machine is depicted in this file photo. Professor David Hodgins says sports betting has become akin to playing slots at the casino, with the ability to bet constantly during a game. (Dean Gariepy/CBC)

But Laprade says those risks are still very important to consider.

“People who struggle with gambling problems are most at risk of suicide, [more] than any other addiction,” said Laprade.

She says this is because of the devastation and loss that can happen without even the families of the people knowing.

“It can be grueling, and in the mind of someone who gambles, how they know how to get out of the hole they’re in is, ‘well, I’m going to continue gambling to try and win my life back.’ “

Vineberg said he was considering taking his own life, at a time when he owed $75,000. But he was able to recover through a program at Hôtel-Dieu Grace Healthcare in Windsor, Ont. That’s why he says changes are important so that more people don’t end up in a similar crisis.

He doesn’t think gambling should be abolished, “but programs should be there and you can’t overwhelm everyone” [with ads] without some sort of safety net,” he said. “I mean, what this will be like in five to 10 years is scary — it really is.”