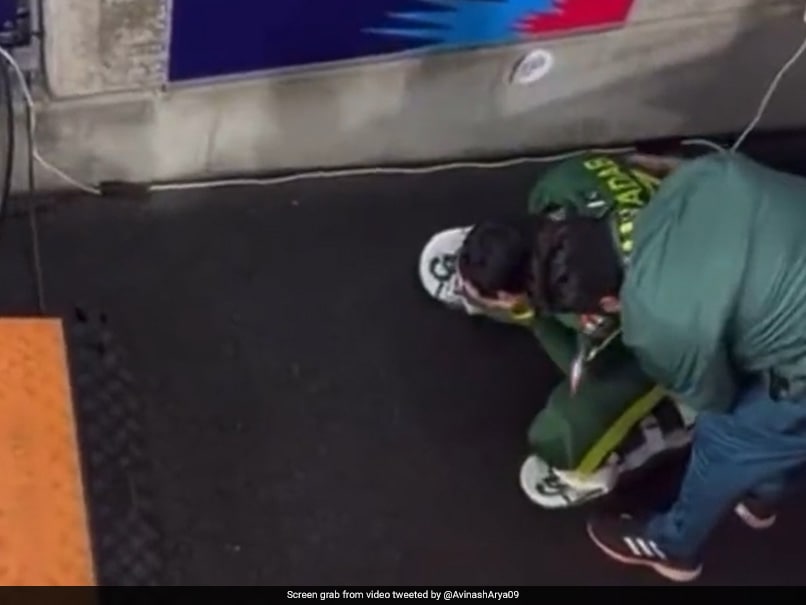 Pakistan was defeated by Zimbabwe on Thursday by a 1 run margin in a thrilling Group 2 clash of the Super 12 stage of the ICC T20 World Cup in Perth. This was a huge shock as Pakistan has had a great record against Zimbabwe lately. The Asian giants failed to chase an undersized 131-run goal as they lost wickets at regular intervals.

Captain Babar Azam and wicket-keeper Mohammad Rizwan were sacked early, exposing Pakistan’s middle ground again. Shan Masood was one of the runs, trying to keep the innings together as he did against India.

He and Shadab Khan (17) shared a crucial 52-run 4th wicket partnership, which nearly brought Pakistan to the brink of victory.

But tight overs and regular wickets helped Zimbabwe as they took the match to the final episode and eventually got the upper hand.

There was disappointment on the faces of all Pakistani players and fans and some of them couldn’t control their emotions.

Cricket can be so cruel sometimes.🫣😨 pic.twitter.com/dY5VXrlddM

Shadab Khan collapsed in the pavilion and was on his knees. He was comforted by a teammate, after which he ran inside.

The video was created by a fan and is now going viral on social media.

Pakistan cannot afford to lose one of their remaining three matches now and their chances of progressing to the semi-finals also depend on how other teams perform.