Launched in 2014, PhotoSparks is a weekly feature of YourStory, featuring photos that celebrate the spirit of creativity and innovation. In the previous 640 posts we had an art festival, a cartoon gallery. world music festival, telecom expo, millets fair, climate change expo, nature conference, startup festival, Diwali rangoli and jazz festival.

The Indian Cartoon Gallery (ICG) in Bengaluru recently hosted an exhibition featuring the winners of the annual Maya Kamath Memorial Award (MKMA) Competition. There was also a showcase of cartoons by award-winning cartoonist Ajit Ninan. Check out our past photo essays on the gallery’s exhibitions from 2015. 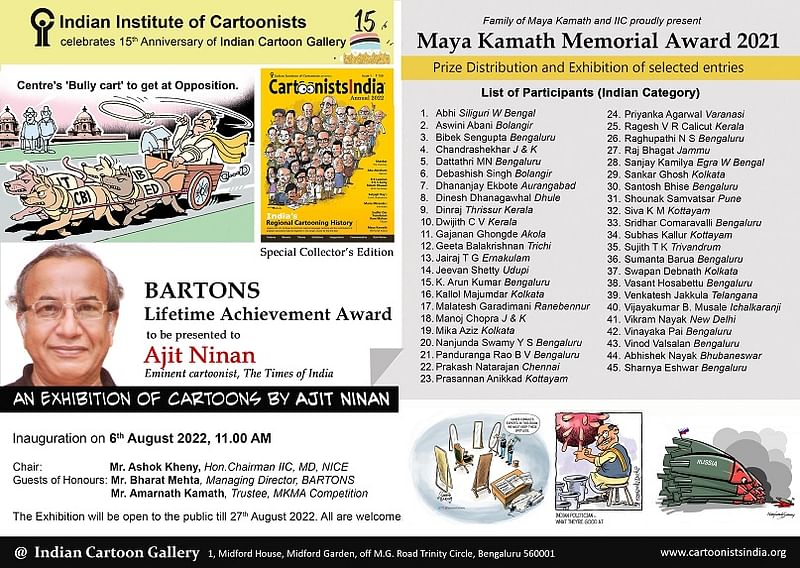 The annual MKMA competition received 350 cartoon entries from 150 foreign cartoonists. Of these, 110 selected best entries can be seen, by cartoonists from countries such as Jordan, Iran and China.

150 cartoons from 50 cartoonists have been received from India, of which a selection of 45 entries will be exhibited. 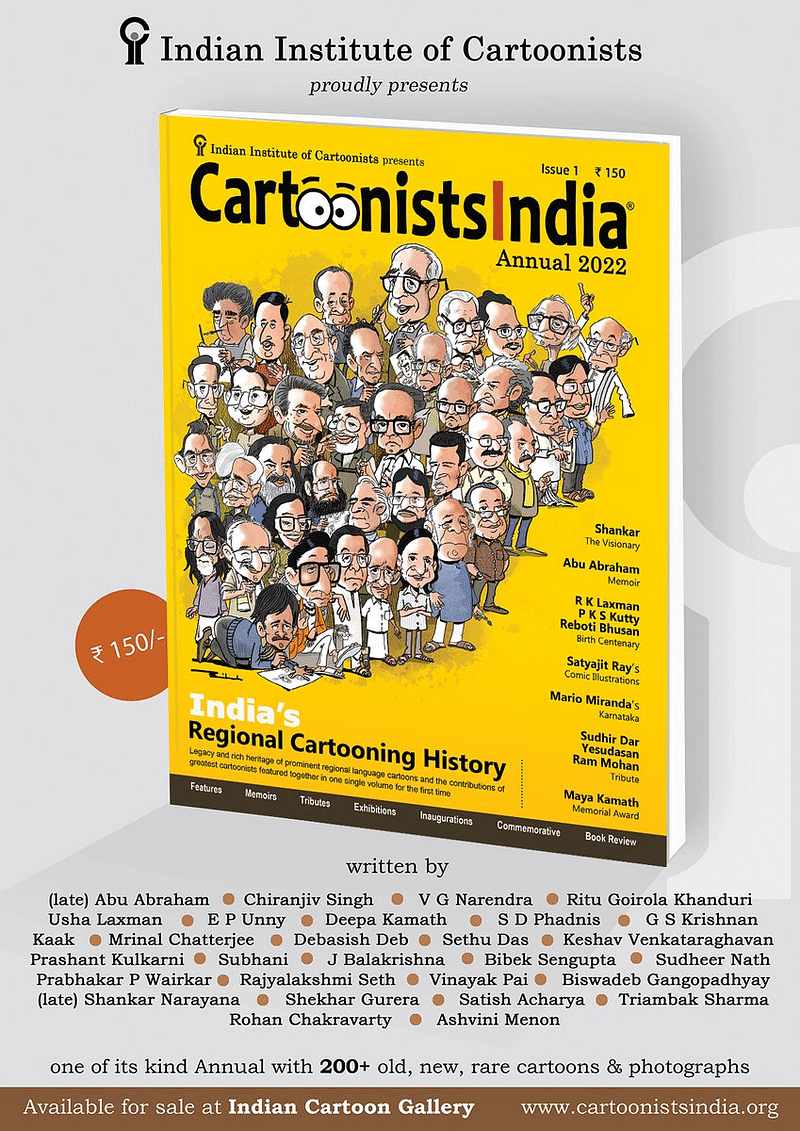 “More than a thousand copies of the magazine have already been printed. Lots of orders have come in for direct purchase, along with distribution to bookstores across the country,” Narendra explained in a chat with YourStory.

“We want to present to readers thought-provoking articles about the rich history of cartooning in the world. The opening issue features many research articles and exclusive works from the crème de la crème of Indian cartoonists and authors,” Narendra describes.

“This issue is said to be a special publication to be treasured and preserved for many years and passed down from one generation to the next by cartoonists and cartoon enthusiasts in India and abroad,” he affirms. 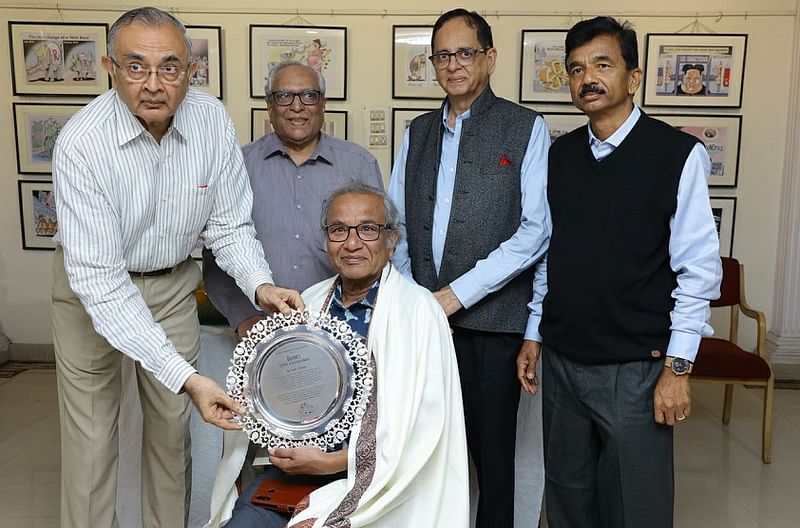 The inaugural award was presented to Ajit Ninan, cartoonist at The Times of India. A graduate of Madras Christian College, he started his cartoon career with the India Today group, followed by The Indian Express and Outlook.

Ninan is a recipient of the Sanskriti Award for Journalism and the Lifetime Achievement Award from Cartoon Watch magazine. He was selected by the UN as their cartoonist at the conference in Rio (Earth Summit), Cairo (Population Summit), Vienna (Human Rights Summit), Copenhagen (Social Summit) and Beijing (Women’s Summit).

Over the years, Nina’s cartoon series titled Detective Moochwala, Centerstage, Poli Tricks, Just Like That!, Like That Only! and iToons. Some of them have also made their way into popular books and compilations, such as CEOToons and Jest in Time. 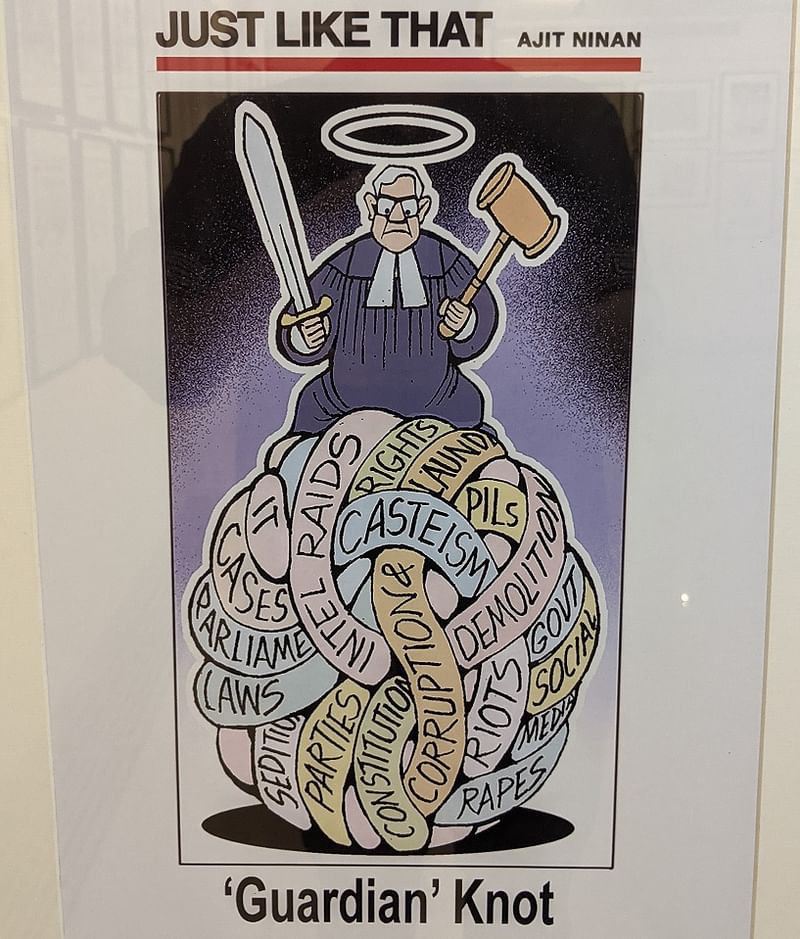 Impact and role of cartoonists

“As we seem to be emerging from the pandemic era, cartoonists are bursting with more energy. It is a striking trend that humor, satire and humor from cartoonists are experiencing a revival,” Narendra notes.

Cartoonists play an important role in society, in addition to humor. “Cartoonists represent the voice of the common citizen. They should not be seen as anti-government – ​​many cartoons also feature opposition parties,” he explains.

“If the government or business does something wrong, it is the cartoonist’s duty to challenge and criticize them. This should help them stay sharp and improve themselves,” Narendra signed.

What did you do today to take a break from your busy schedule and find new ways to apply your creativity? 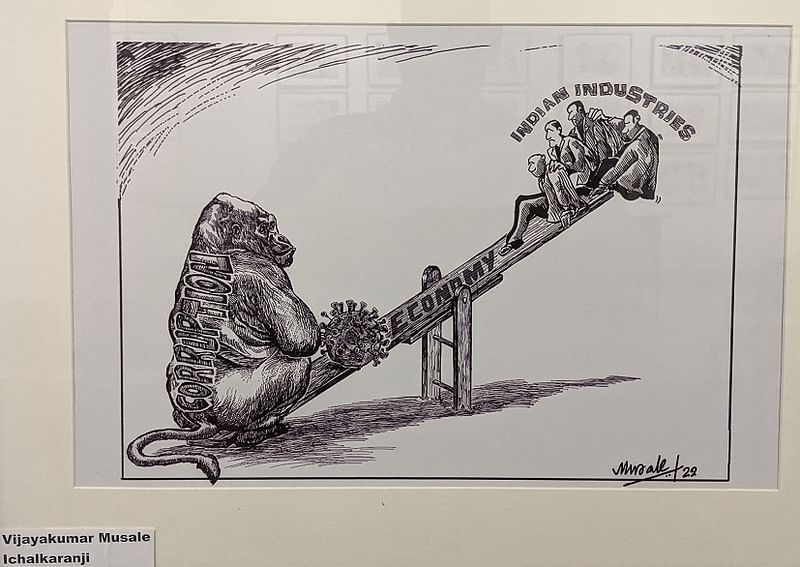 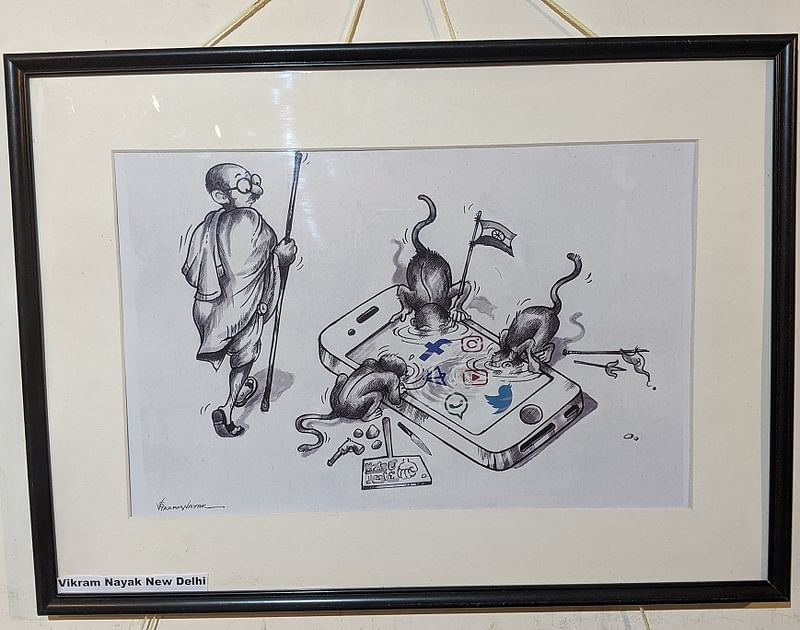 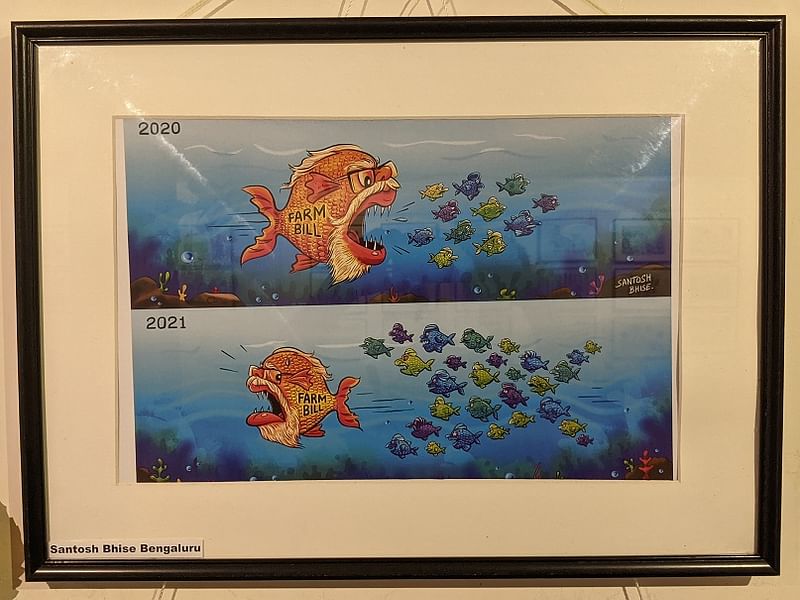 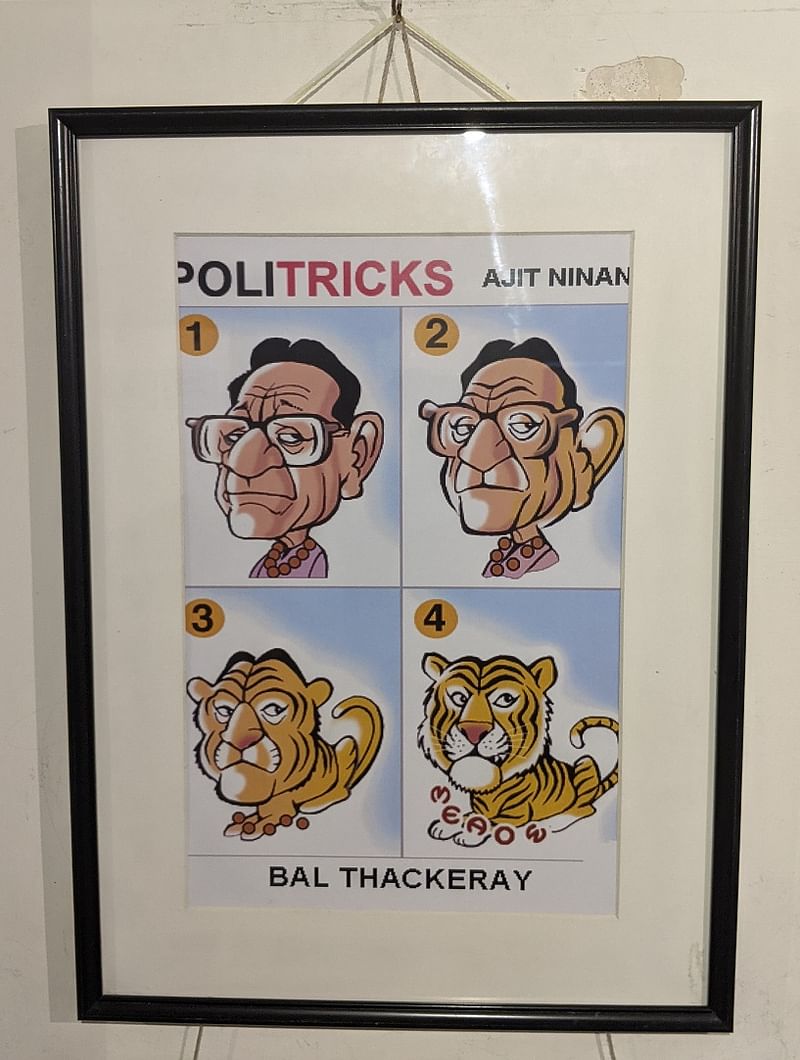 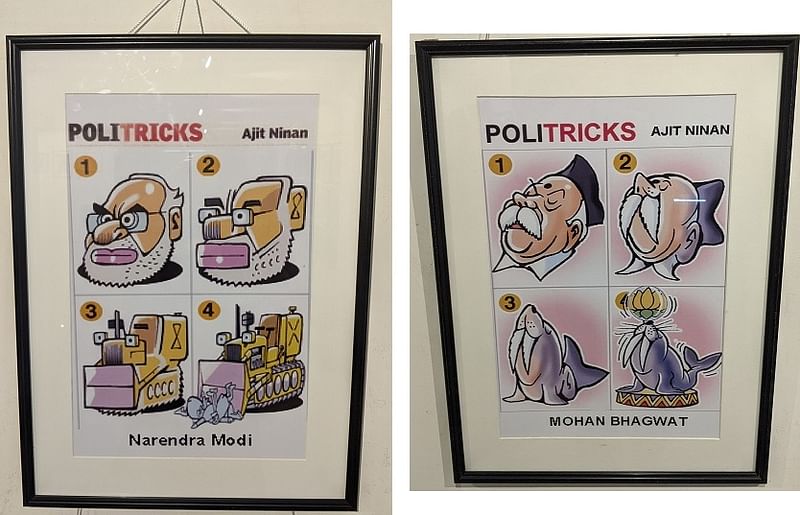 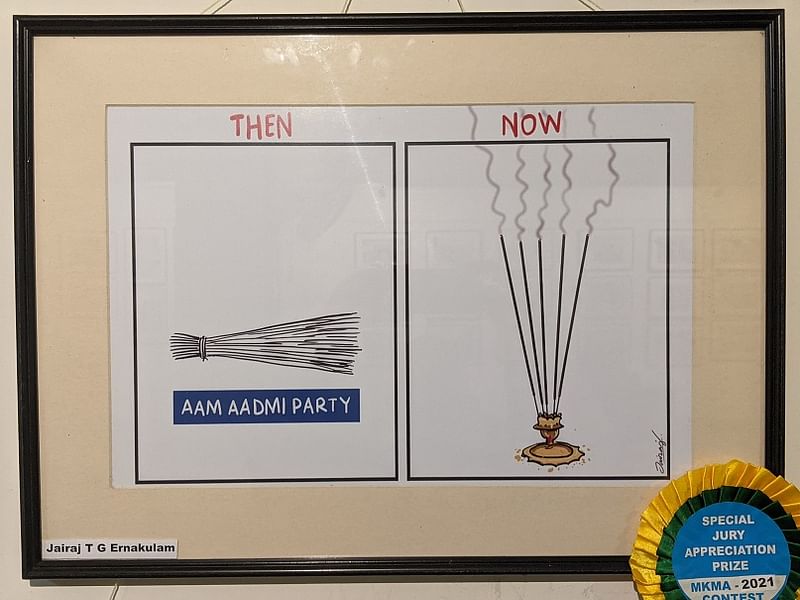 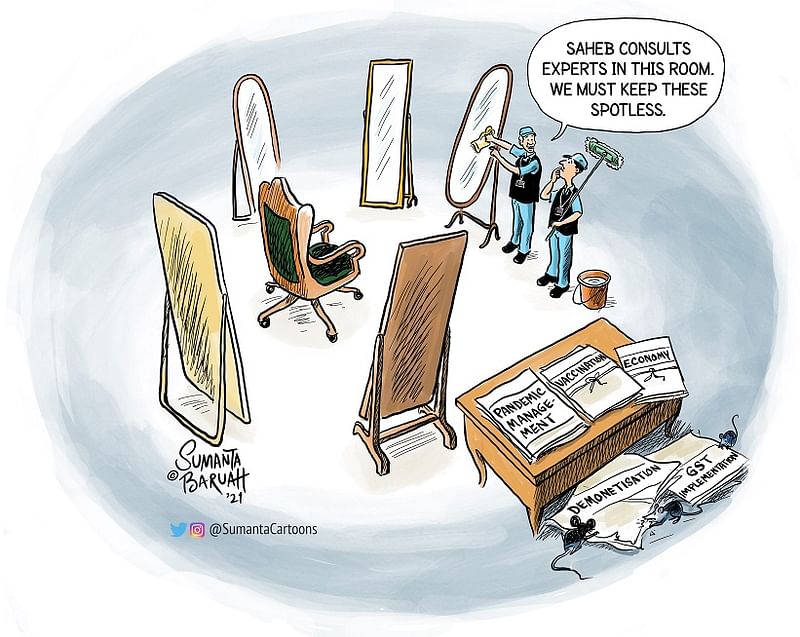 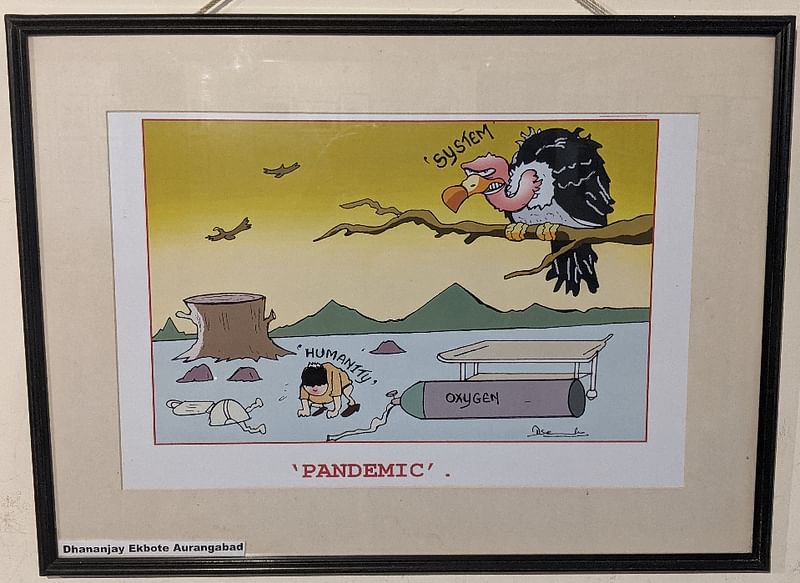 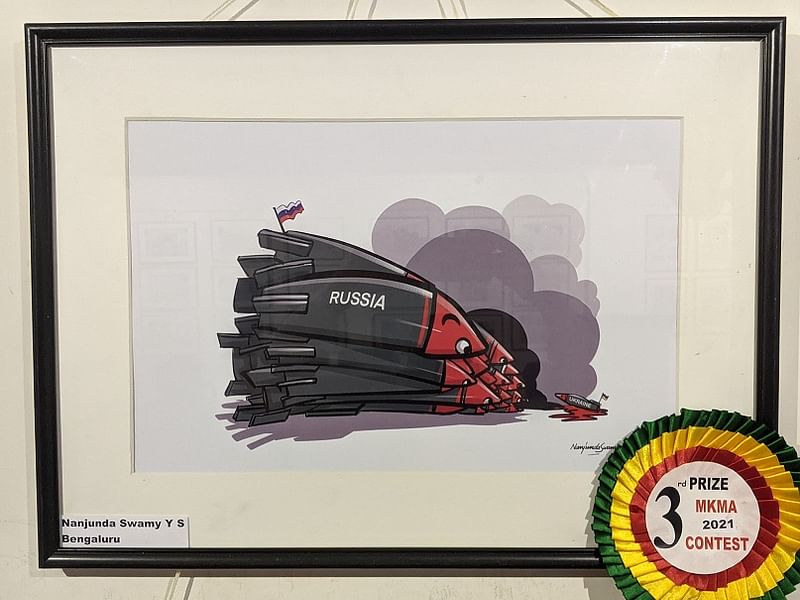 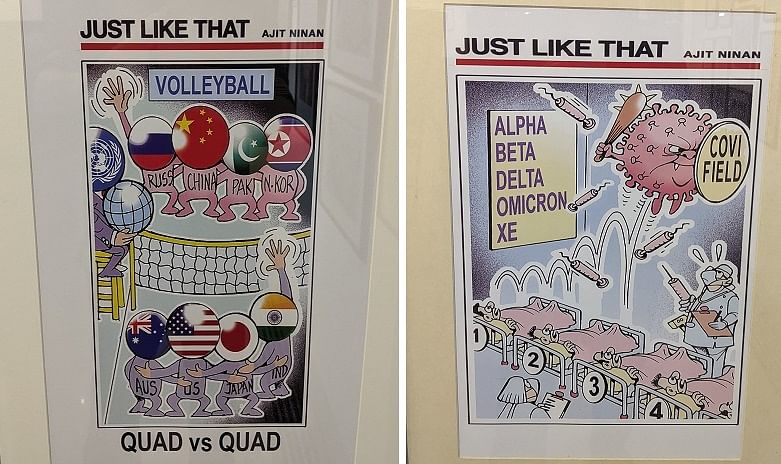 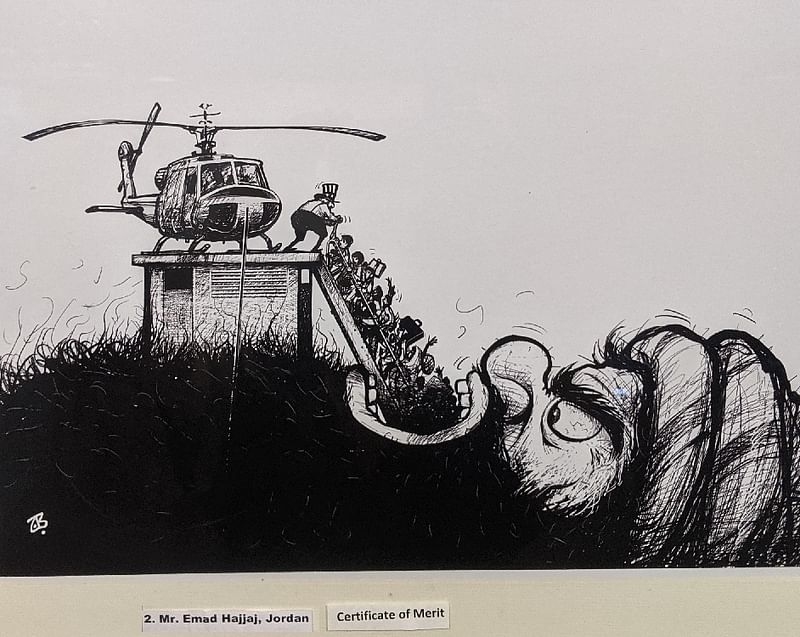 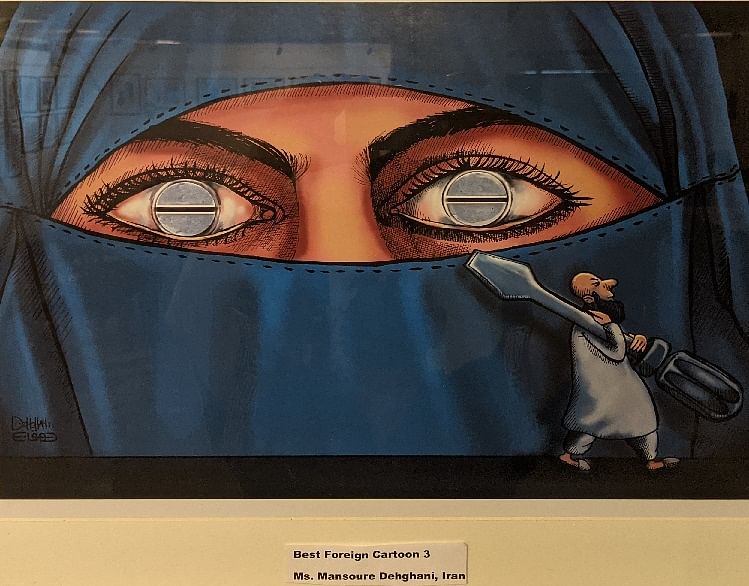 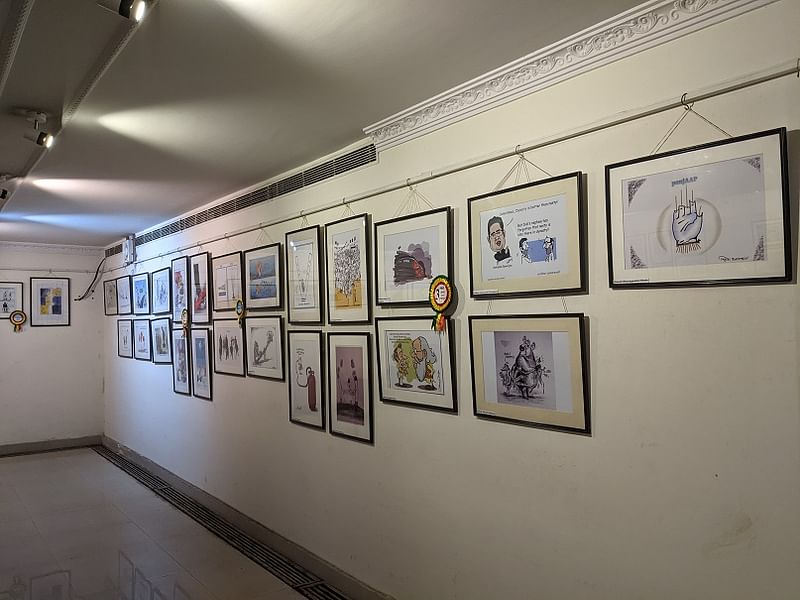 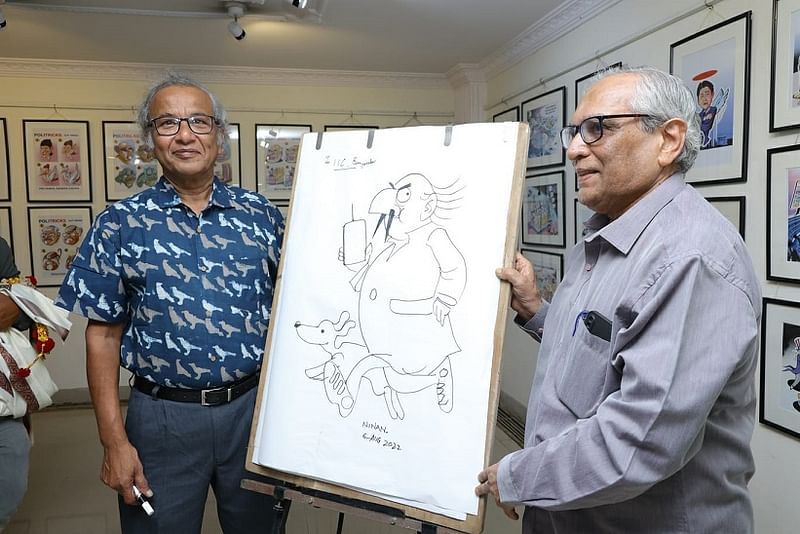 (All exhibition photos were taken by Madanmohan Rao on location in the gallery.)

See also YourStory pocket ‘Proverbs and Quotes for Entrepreneurs: A World of Inspiration for Startups’, accessible as apps for Apple and Android devices.