The 2023 Honda Accord teaser highlights the new 12.3-inch infotainment system with Google assistance that the brand claims is the largest ever.

Honda teased the next-generation Accord ahead of its official debut in November. Before you inquire about the premium sedan’s viability in India and I hope to destroy with an “unlikely”, you need to know something first. The 2023 Honda Accord gets a larger infotainment system with Google assistance.

The first official teaser for the Honda Accord highlights one thing: the new 12.3-inch infotainment system with Google assistance that the brand says is the biggest ever. Facing other established names such as the Hyundai Sonata and the Toyota Camry, the previous generation Honda Accord featured a standard 8.0-inch display with Bluetooth, AppleCarPlay and Android Auto capabilities. We also expect an improved audio system to complement the display, as it previously offered a premium 10-speaker audio system with a 450-watt amplifier.

Next Generation Honda Accord: New Design 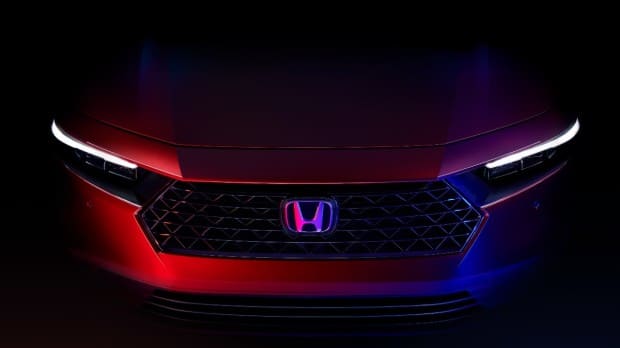 The hexagonal grille is sharp with pointed outer edges.

The 11th generation Honda Accord gets a fresh nose and tail with angular styling. The hexagonal grille is sharp with pointed outer edges, the running lights are above the headlamps and overall the Accord looks more chiseled than before. 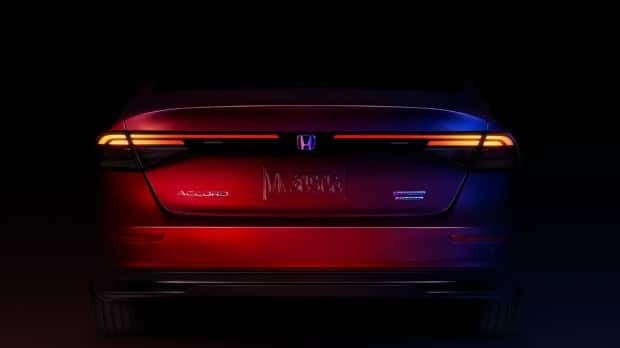 The taillights run tight and disconnect in the middle to accommodate the Honda logo.

The screen layout is similar to what is offered on the latest Civic, and the physical buttons seem to be largely missing.

Next Generation Honda Accord: Engine

Honda goes to the length of its promise to “bring excitement back to the mid-size sedan segment.” The automaker also claims a more responsive and enjoyable hybrid powertrain.

Stay tuned for when the Honda Accord 2023 will break cover next month and keep an eye out for its most vital rival, the Toyota Camry, slated for a redesign for its 2024 model!