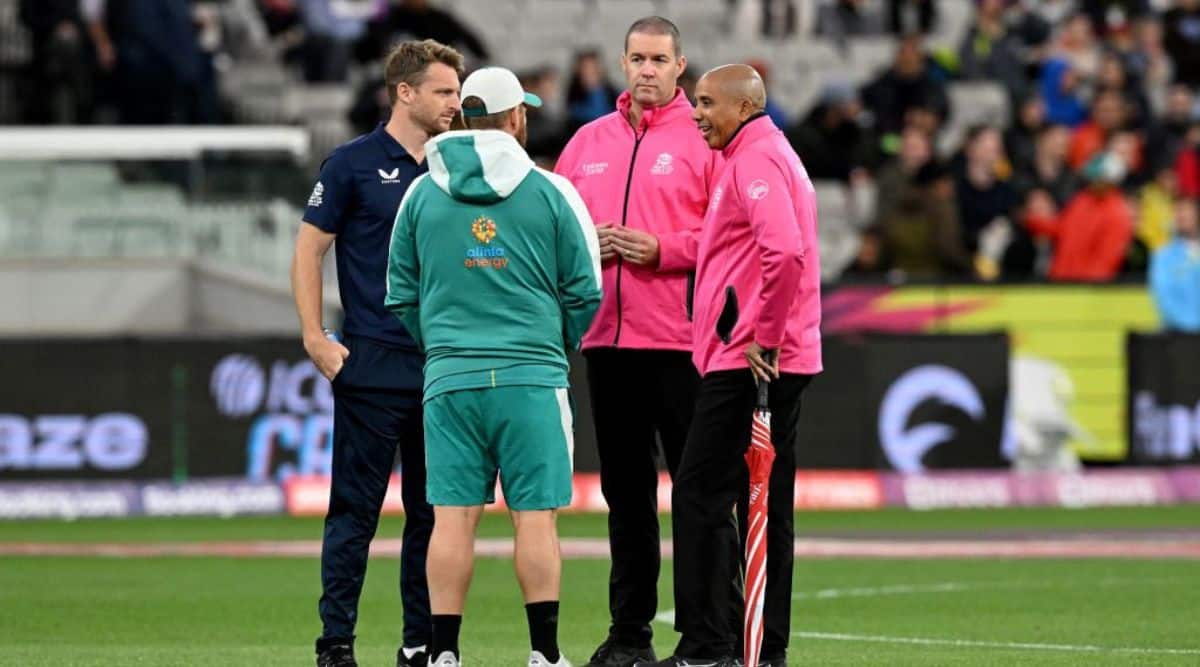 Jos Buttler and Aaron Finch talk to the umpires as rain delays the England-Australia Super 12 match in the MCG. (Photo: T20 World Cup/Twitter)

A dull day at the 2022 T20 World Cup has left Ireland in third place in Group 1 after sharing points with Afghanistan from their abandoned Super 12 match. The Irish are just behind New Zealand and England in net run rate, with both points coming in from Afghanistan via washouts.

With the ensuing England-Australia game also being abandoned without a ball being bowled, four teams (Australia, England, Ireland and New Zealand) are currently tied on three points, although the Kiwis have a game in hand, just like Sri Lanka (on two points). ). (Read more)