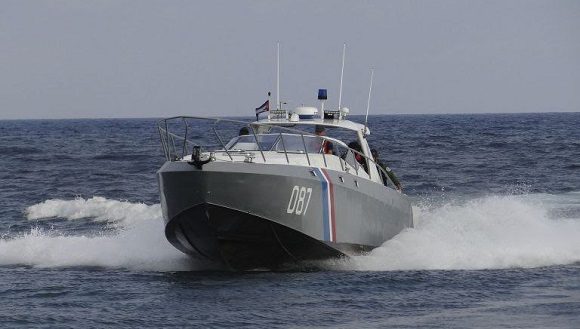 A United States speedboat, which violated Cuba’s territorial sea during a human trafficking operation, sank north of Bahía Honda, Artemisa, when it collided with an area unit of border troops during identification, according to preliminary information.

As a result of the collision, the offending boat turned and immediately dispatched two other surface units of Border Guard troops, who joined the search and rescue of those traveling aboard the naval medium. 23 people were rescued, including 5 deceased (a man, three women and a minor).

The competent Cuban authorities are carrying out the relevant investigative actions to fully clarify this painful fact.

Another fatal event is happening as a result of the hostile and brutal policy of the United States government against Cuba, which tolerates and encourages illegal departures from Cuba by allowing illegal migrants to remain on its territory. Keeping the Cuban adjustment law in force encourages illegal departures, which in turn are abused by unscrupulous elements in that country, who take advantage without noticing the risk that these activities entail. Likewise, the economic, commercial and financial blockade causes enormous difficulties for the population and becomes one of the main drivers generating this type of action.

In this way, the US government does not contribute to guaranteeing safe, orderly and regular emigration and at the same time tries to create situations of social destabilization.

(With information from the Ministry of the Interior)