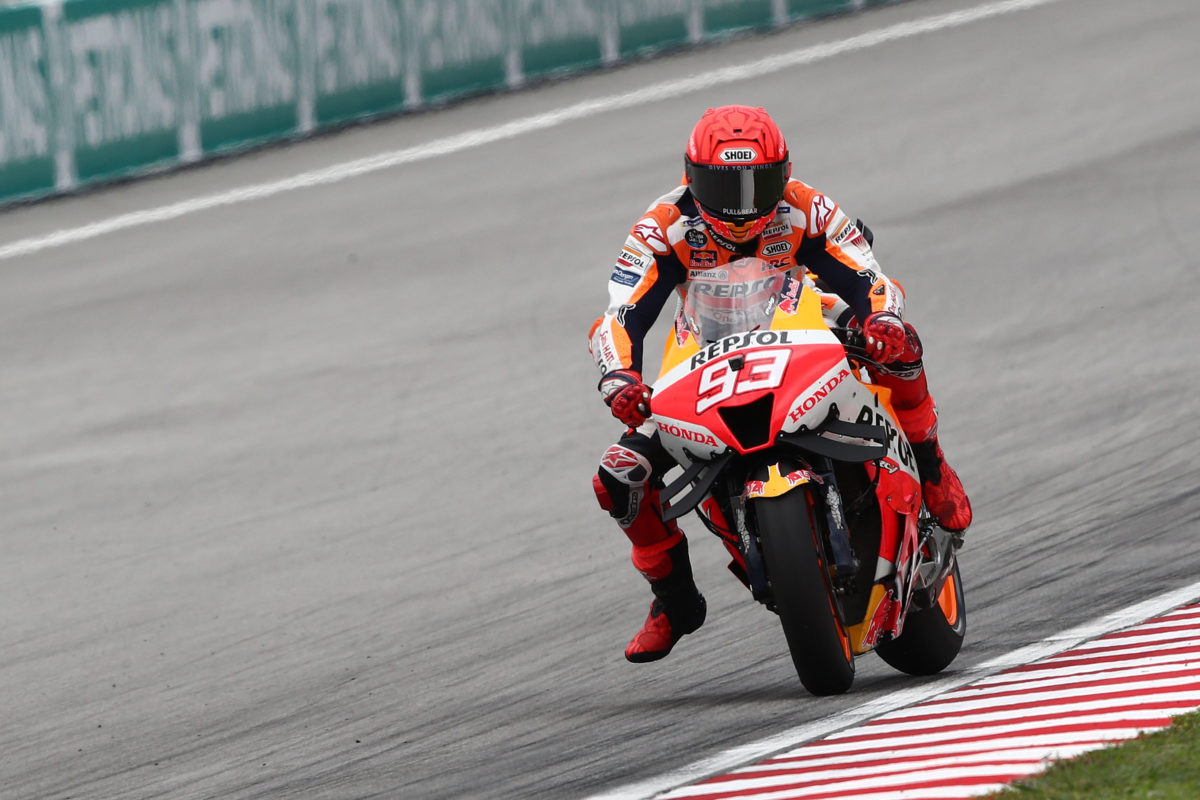 According to Marc Marquez, Honda is “already delayed” in developing its MotoGP engine for 2023.

There is only one round left in the 2022 season, in Valencia on the first weekend in November, after which a post-season test will take place on Tuesday at the same location.

But after finishing seventh in the Malaysian Grand Prix, Marquez revealed he didn’t know what awaited him at the Circuit Ricardo Tormo on November 8.

“They still haven’t given me the schedule,” said the six-time premier class champion.

“I don’t know if there will be a new bike or not [at Valencia].

“We are already delayed because Misano [in-season test, September] is when normally all manufacturers try the 2023 bike.

“I hope to try something interesting in Valencia… also because what you try in Malaysia in February [it] is the bike you will be racing with.

“You don’t have time to change it.”

Normally, manufacturers take an early prototype of the next season’s engine to Misano testing to use the lessons of that post-season outing.

Honda has used the final events of the 2022 campaign as a test to some extent, given the different chassis specs and aerodynamic parts Marquez has tried.

But even if there are new developments, there is simply less time for his lead rider to test them all with just one day after the season this year, which is why the stakes are higher.

The latest revelations come after Pol Espargaro, who is on his way back to the KTM group with GasGas Factory Racing next year, told Honda “didn’t work hard enough” ahead of the Misano test.

Marquez qualified on the front row last time at Sepang, but admitted the performance was “not normal” and wasn’t surprised to struggle in the race itself.

“You can do it in one lap, but in the race I started strong and immediately saw that I was losing [time] on the key straights and taking too many risks,” he explained.

“I felt [we had] a slow bike all weekend so you have to push more in the corners.

“For a single lap you can do it, but for a race distance the tire degradation will be bigger than usual.

“I was trying to find my rhythm. [Suzuki riders Joan] Mir and [Alex] Rins was a little faster than me, but it’s what we expected.

“So, [the Sepang race] is one of the worst-case scenarios.”

Marquez is still Honda’s leading rider in the standings, finishing 12th despite missing eight of the 19 rounds this year so far due to injury/lack of fitness.

The Tour of Valencia will take place on November 4-6.