Honda has announced the launch of the latest 2023 iteration of its CB650R and CBR 650R middleweight sports bikes for the European market. With the annual update, the bikes have managed to get two new color options each, while the rest of the details remain unchanged. The naked roadster 2023 Honda CB650R is now on sale in two new colors: Matt Dim Gray Metallic or Matt Gunpowder Black Metallic. These new color options will be sold alongside the previous Candy Chromosphere Red and Matt Jeans Blue Metallic options. With the latest addition, the motorcycle will be sold in a total of four color options. The fully streamlined version of the motorcycle – CBR 650R is now available for purchase in the new Grand Prix Red and Matt Gunpowder Black Metallic liveries. The new Honda 650 models now also have a darkened engine housing and redesigned decals to renew the rivalry in the segment. 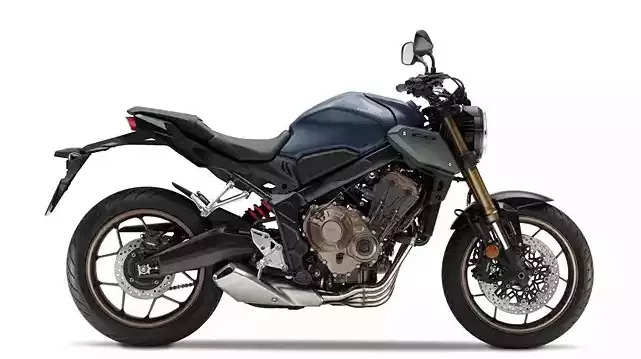 At the heart of the engines is still the same 649cc, DOHC 16-valve inline four-cylinder engine that delivers maximum power of 86 horsepower at 12,000 rpm, supported by peak torque of 57.5 Nm at 8,500 rpm. The engine is mated to a six-speed gearbox and an assist and slipper clutch function.

Honda has equipped the motorcycle with a range of features and electronics, including Honda Selectable Torque Control (HSTC), Emergency Stop Signal (ESS) technology and Honda Ignition Security System (HISS). In addition, a full-LED lighting package and a digital display are also part of the package.

The company is also selling the existing MY22 models in the Indian market. While the CB650R is priced at Rs 9.15 lakh, the CBR650R costs Rs 9.35 lakh respectively (both prices are ex-showroom). Shortly after the international debut, the new MY23 models are also likely to launch in India within a few months.