In a model similar to Gogoro’s, Honda has begun rolling out modular battery swap stations in Japan and India, each containing a dozen Mobile Power Packs for hot swapping electric scooters, motorcycles and rickshaws.

The basic idea is that instead of e-mobility users having to worry about range and charging time, they simply roll over to a Honda Power Pack Exchanger e: station when they’re low, remove the dead battery from their compatible vehicle and it for a new battery pack from one of the angled bays.

User registrations, payments and station location searches are all handled by Honda’s Power Pack Cloud service, which will also be home to station operator management tools. 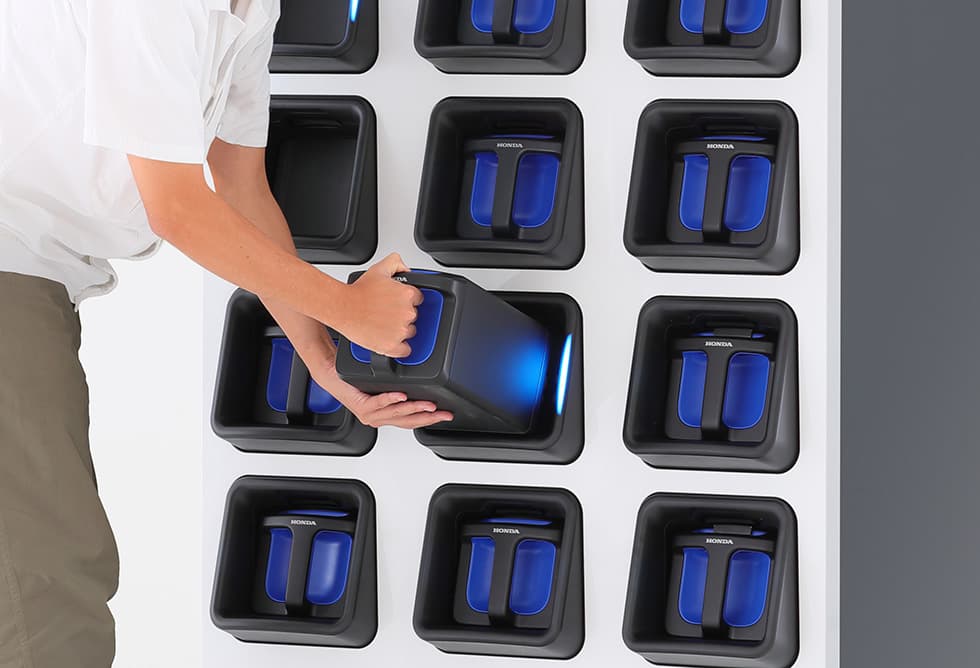 The first Honda Power Pack Exchanger e: station has been delivered to Tokyo and is operated by Gachaco – a company founded earlier this year by motorcycle manufacturers Honda, Kawasaki, Suzuki and Yamaha, along with energy company Eneos, to develop a standardized battery. launch sharing service in major cities across Japan.

Each mains-connected station can hold 12 batteries, but multiple slave units can be connected to a single master unit to expand the number of battery packs available per installation.