MANILA: Honda motorcycle customers had another thrilling off-road ride as the 2022 Honda Trail Ride took in the scenic trails of Davao.

What places in Mindanao did the 2022 Honda Trail Ride ride to? The Honda Trail Ride Davao 2022 participants can explore the area’s popular off-road trails. This includes Malagamot Disneyland, Mabunao Proper and Angel Eatery-Buenavista, among others. What are the notable motorsport achievements of the Honda CRF family? The CRF family is Honda’s championship motorcycle in off-road racing, including the prestigious MXGP, AMA Supercross and Motocross. The line delivers reliability, power, durability and fuel efficiency. These qualities exceed HPI’s CRF models.

Honda Philippines, Inc. (HPI), the leading motorcycle manufacturer in the country, gathered Honda CRF model owners to bond their shared passion for off-road riding. About 64 riders took part and took their CRF bikes on a thrilling adventure from Davao City to Panabo City.

HPI management welcomed the participants before they set off on their journey. The event was attended by HPI AVP for Customer Service Hitoshi Ito, HPI Area Manager for Visayas and Mindanao Arvin Go, and HPI Sales Manager Macky Sacmar. 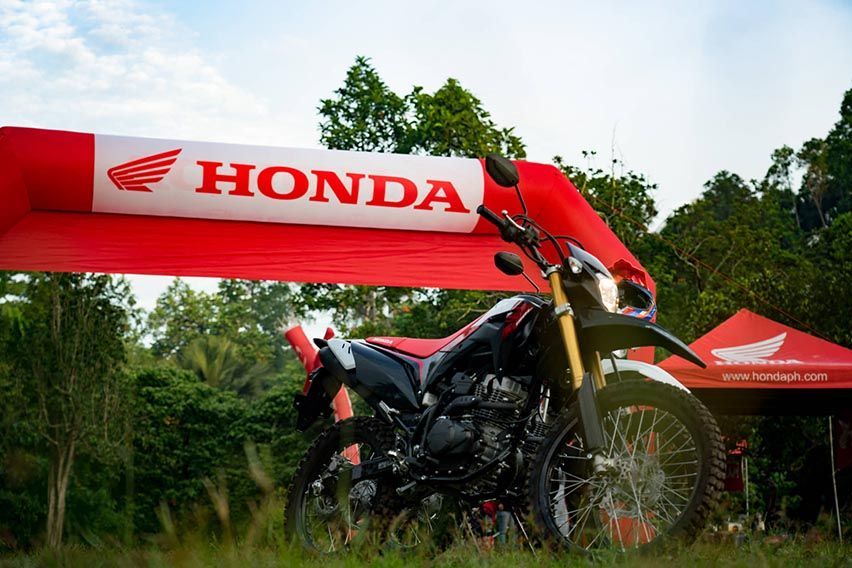 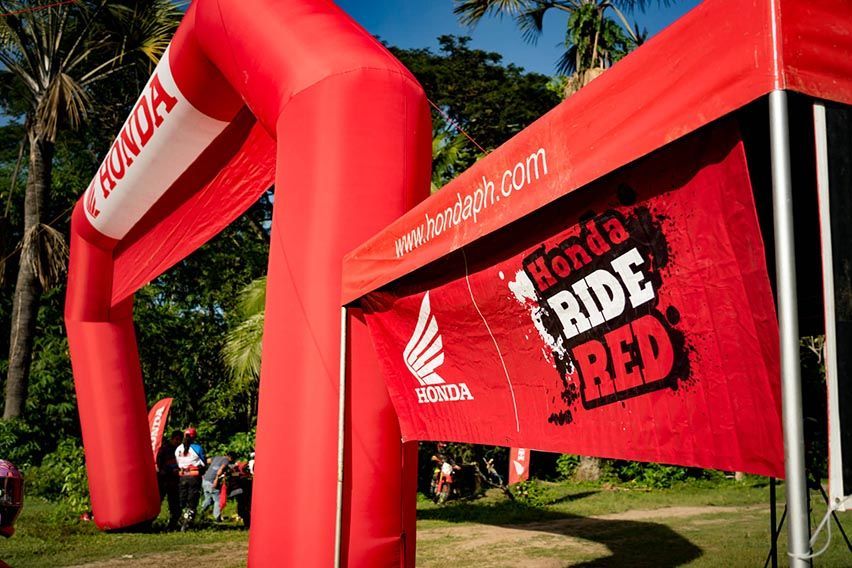 While off-roading is all about excitement, Honda Trail Ride Davao 2022 prioritized health and safety above all else.

The participants were checked to make sure they were fit to ride, and they were also given the basic riding orientation by the trail master and guide. A trail mechanic, medic and sweeper were also on hand during the event to help participants manage the trail route with ease and an ambulance is always on standby in case of an emergency.

At the end of the trail, Honda Trail Ride Davao 2022 participants were treated to a sumptuous lunch and a raffle for a chance to win exciting prizes.

Last August, Honda Philippines Inc. an exciting driving activity in the province of Negros Oriental with the theme of ‘Feel Your Adventure’. The destination highlighted Sibulan as the starting point and crossed the path into the mountainous landscape of Valencia. 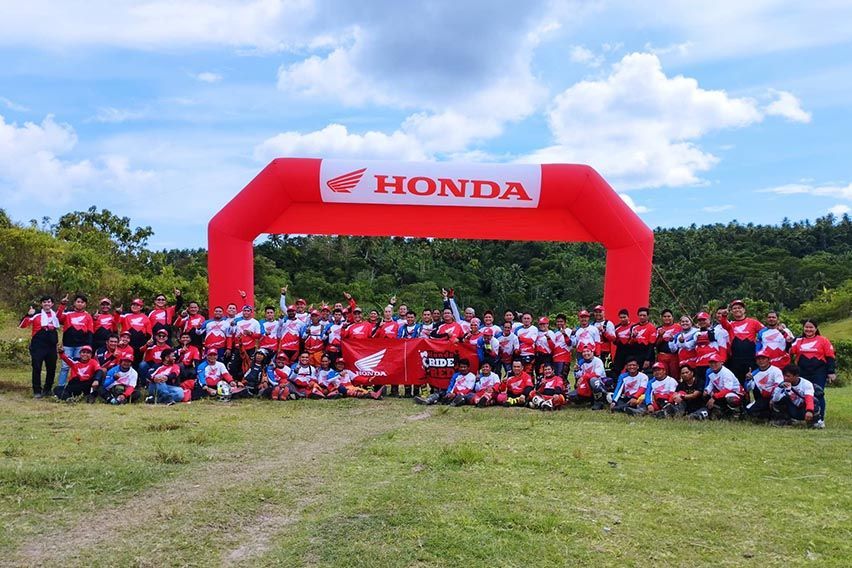 According to Jomel Jerezo, Vice President of Motorcycle Sales and Supply Chain Management for HPI, the “Feel Your Adventure” theme showcases the impressive off-road capabilities and characteristics of Honda CRF. “We chose to hold the first Trail Ride in Negros Oriental because we want to honor the strong fan base and high demand for the CRF here in Dumaguete and the rest of Negros Province.”

In addition, according to Jerezo, the goal is to inspire more customers to take their CRF experience to the next level. “We want to expand the off-road offering and get more customers to choose Red and Ride Red,” which relates to Honda’s off-road lifestyle using the CRF.

The participants of the Trail Ride are proud owners of CRF150L and CRF300L from various places such as Sibulan, Dumaguete City, Guihulngan, Jimalalud, Zamboanguita and even San Carlos City. They were welcomed and led by the Trail Master and Team Leader for Safety Riding to the 70km trail route prepared for them with a mix of unpaved, muddy, rocky and concrete road past Mag-aso Sulfur Vent.

The ride ended at the distant view of the mountains of Valencia, where all the riders witnessed the glorious water flow, the scenery, the peaks, the viewing decks and the mountain area. 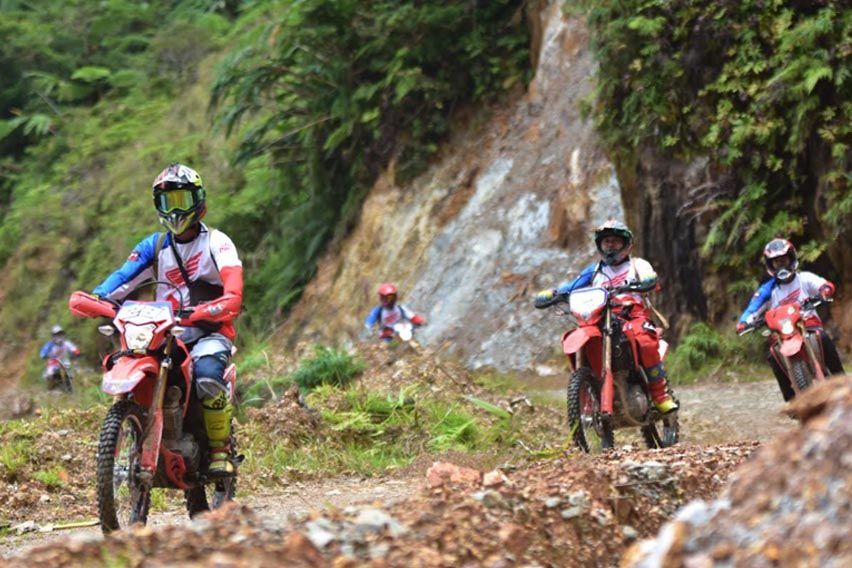 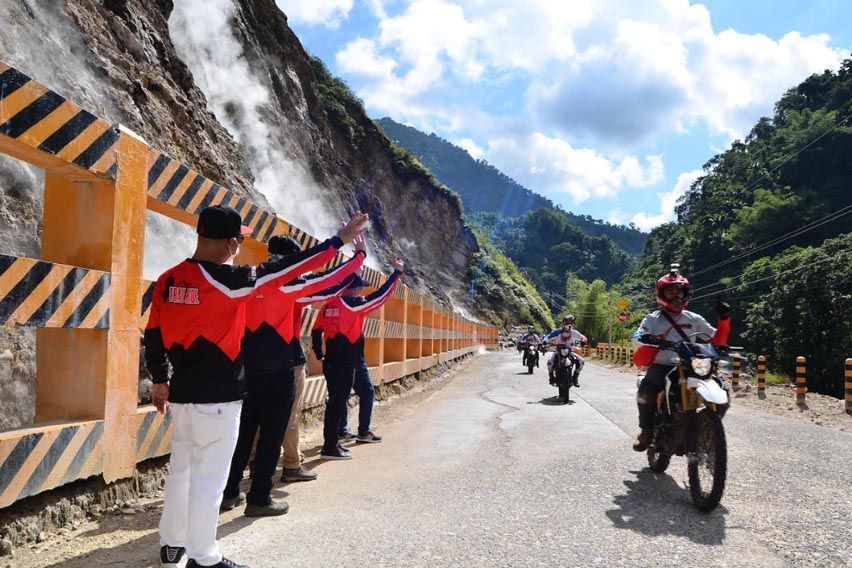 This year, the CRF reached another milestone as it celebrates its 50th anniversary, which is considered the model that has paved the way for off-road driving and motorsport.

With its CRF250R-inspired look and color options in Extreme Red, Black and New Ross White, it’s even more imposing and aggressive.

The Honda CRF150L is suited to the Philippine market thanks to its powerful 149cc four-stroke, two-valve, air-cooled engine, modern features such as a digital gauge panel, Showa-branded Inverted Front Fork and Pro-Link Rear Suspension, and a reduced Seat Height (863mm).

With fuel consumption of up to 45.5 kpl, the Honda CRF150L will take you further than your daily commute. The suggested retail price (SRP) for this motorcycle is P139,900.

The CRF450L and the brand new Honda CRF300L have similar designs. This version also features a new slim headlamp for improved road visibility, an inverted gold shock absorber for safer driving, pro-link rear suspension for good balance while navigating, and other improvements. 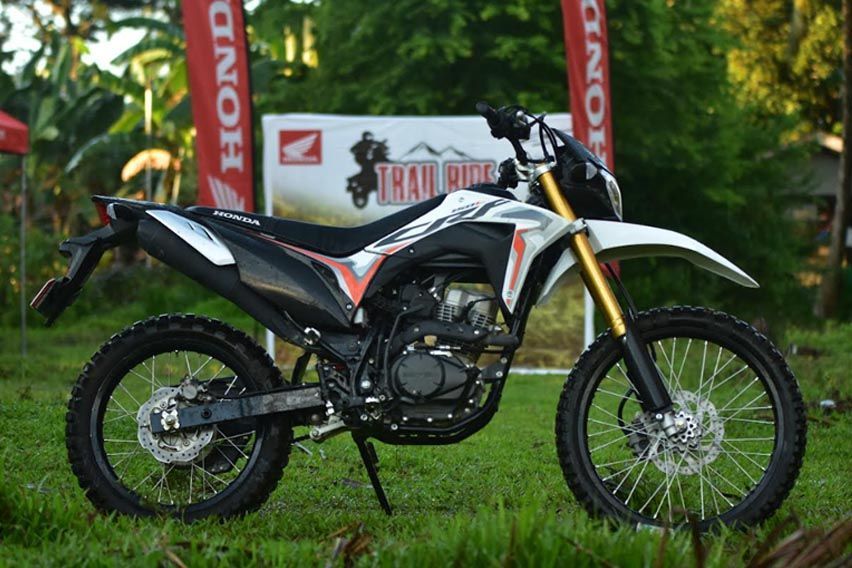 A new 286cc, four-stroke, Euro-5 compliant engine is included in the CRF300L for increased power and performance. It produces 19.6 kW at 8,250 rpm and 26.1 Nm at 6,500 rpm, while consuming 29.5 kpl more fuel for a longer and more efficient ride. The engine also includes an auxiliary/slip clutch to facilitate effortless shifting and prevent wheel lock-up.

The Honda CRF300L is equipped with a digital gauge and gear position indicator to help riders have accurate gear information and controlled driving on the road. The bike has also been designed with a stronger, lighter and sharper appearance, appealing to brave riders who see an endless number of motorcycle riding possibilities.

With the weight of the Honda CRF300L reduced by six kilograms, riders can now enjoy greater comfort and improved agility. It has a suggested retail price of P267,900 and comes in the Extreme Red premium color option.

After the Davao stage, the next edition of the Honda Trail Ride will be in Luzon in the first quarter of next year, Honda Philippines said.