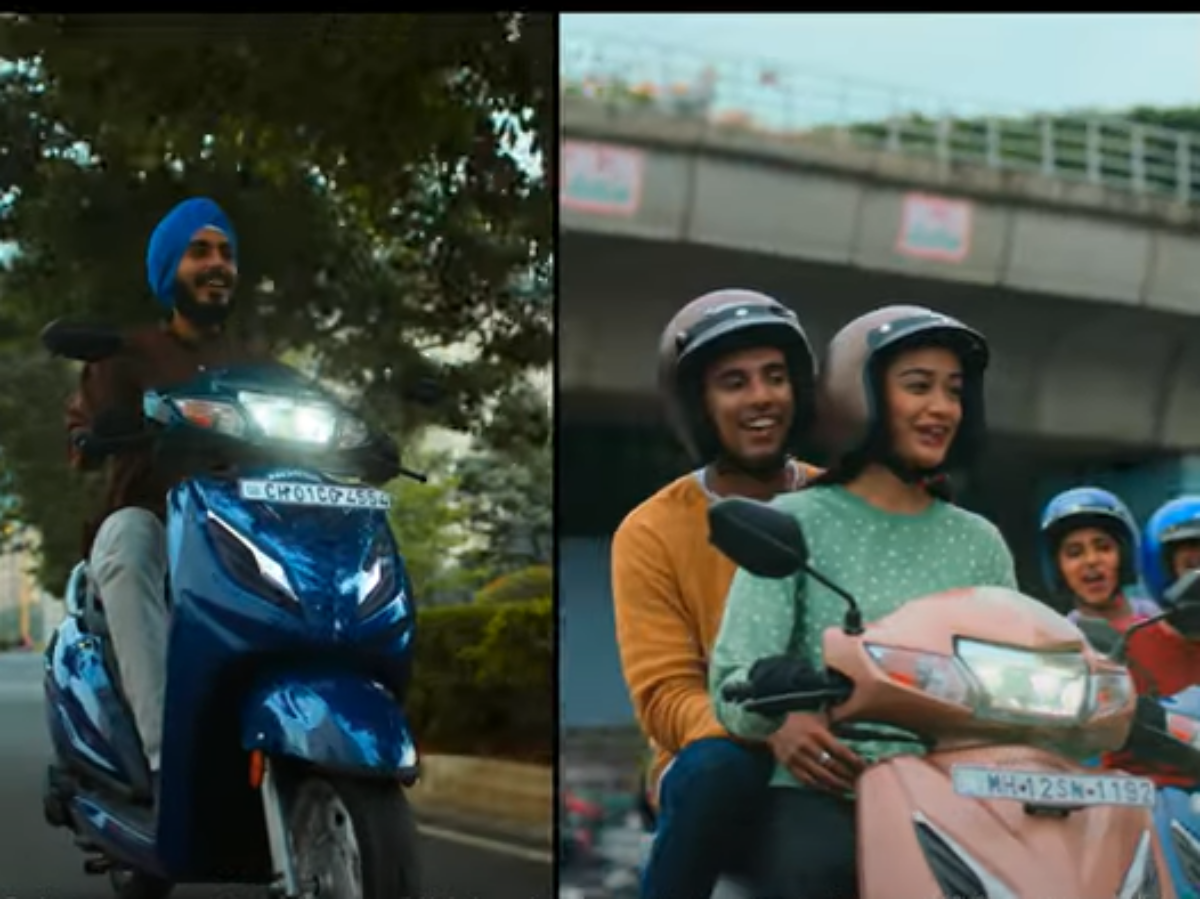 Stills from the adHonda Motorcycle & Scooter India has unveiled its new campaign for its scooter Activa entitled ‘Scooter Bole Toh Activa’. The new campaign, consisting of a song with sing-along lyrics, shows how Activa has become a household name over the past two decades.

Conceptualized by Hakuhodo Wyng (a unit of Hakuhodo International India), the campaign highlights the cultural diversity and richness of the country with many languages, regions and ethnicities of India and the role of Assets in the lives of people, especially the youth. It highlights how we vary in other aspects of life, but when it comes to defining a scooter, ‘Assets’ is synonymous with everyone.

Shobhit Mathur, managing partner and creative head, Hakuhodo Wyng, said: “Conceiving this campaign was a unique experience – the creative idea was hidden in the brief itself, but to dig it up and turn it into a full-fledged campaign was a challenge our team took on successfully HMSI wanted to show how Activa has been such an integral part of Indian life that it has become synonymous with the word ‘Scooter’ So we gave the campaign a very Indian feel – diverse lifestyles and yet similar values, and common love for Assets!”

Saptarshi Sengupta, senior business partner, Hakuhodo Wyng said, “We have covered a very broad spectrum in diversity to reflect the love that Native Americans have shown for Assets over the years. We have people from multiple regions and age groups. included – especially the youth with their many life moments.”

The campaign’s three digital films show how Dell’s laptops, the Inspiron 16 2-in-1 and XPS 13 Plus, help characters redefine their celebrations.