The Indian G-Sec is expected to be listed on the JP Morgan GBI-EM (Global Bond Index – Emerging Markets) by 2023. However, according to the latest news, index providers have decided not to include Indian government bonds in the Index and are keeping them under scrutiny. Concerns about the lack of adequate trading infrastructure in the Indian market are cited as the reason for the decision. Investors looked forward to India’s inclusion in the Index. The Street View was that the expectation that India would soon be included in the JP Morgan GBI-EM had weighed on yields. It is a missed turning point for the Indian debt markets. So, let’s understand what this withdrawal could have meant for the Indian debt markets?

JP Morgan GBI-EM is one of the leading emerging market debt indices. The Department of Economic Policy of the Ministry of Foreign Affairs expected that the inclusion of India in the Index would have resulted in higher capital inflows amounting to an initial US$ 40 billion. This inflow is said to have helped ameliorate India’s rising balance of payments deficits and strengthen the rupee. Higher inflows could also have helped to keep returns under control. A lower G-Sec yield would have lowered government borrowing costs. According to the Union budget for 2022, the debt cost of the GOI was Rs. 808101.7 crores. (US$101.37 billion), which is estimated to rise to Rs. 937437.4 crores (US$117.59 billion). The government also has an ambitious $130 billion investment plan for infrastructure. It is therefore necessary to reduce the costs of borrowing. 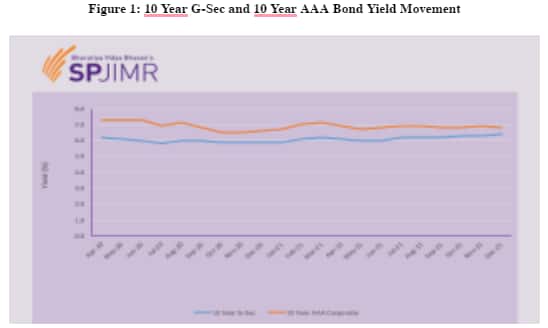 It is not easy to be listed on the GBI-EM Index. There are strict eligibility criteria regarding maturity, liquidity, gross national income per capita, size of issuance, etc.; which a country must meet in order to be on the list. Even after these criteria are met, each country is assigned an assigned weight on the Index. This weighting is based on the size of the country’s sovereign debt market. Indian G Sec is a US$1 trillion government bond market. So if India were included, India’s weighting on the Index would be expected to be 10%, which is the maximum weight given to a country in the Index.

However, a country’s weighting in the Index is adjusted based on the country’s performance, economic conditions and other factors. Russia used to have a weight of 10% on the Index. After the Ukraine crisis and sanctions, Russia has been removed from the Index. The exclusion of Russia had led to a stronger case for the inclusion of India; to fill the gap. Furthermore, inclusion in the GBI-EM Index would also have opened doors for inclusion in other emerging market indices; Bloomberg-Barclays Local Currency Government Index and FTSE Government Bond Index. All of these factors would have further increased the portfolio’s inflows into the Indian debt markets.

Therefore, India would benefit from inclusion in the Index in the near term. However, India’s ability to maintain momentum over the long term depended on its economic performance.

(Pragya Gupta is a research associate at Center For Financial Studies (CFS), Bhavan’s SP Jain Institute of Management Research. The views expressed in the article are those of the author and do not reflect the official position or policy of FinancialExpress.com.)