Gaming and web3 communities will be stronger and closer than any religion or nation of the future, says Neeraj Kashyap, founder and CEO of Moonstream.to

Even if you’ve never played a single video game, I bet you’ve at least heard of DotA. DotA – or Defense of the Ancients – is a game that single-handedly created the MOBA genre and DotA 2 has become one of the most popular esports games of all time.

However, at the beginning of its development, even the creators could not predict that DotA would become such a huge success. DotA was built in the early 2000s as a Warcraft 3 mod by Kyle “Eul” Sommer. It was abandoned by its creator right after launch. Another modder named Steve “Guinsoo” created a couple of versions of DotA, which formed the basis for DotA 2. He also dropped out a few years later. Despite the departure of Eul and Guinsoo, DotA continued to gain popularity. 15 years after its launch, its successors – DotA 2 and League of Legends – still attract millions of players from all over the world.

Things would have been different for the original creators of the game if decentralized gaming and Web3 were a thing at the time.

In online gaming, independent creators are not paid for their creations. The story of the DotA makers is a good example of this. The global gaming business is expected to grow to $314.4 billion by 2026. It is also estimated that there are more than 1 billion online gamers. It would be fair for creators to get a slice of this very large pie for their contributions. The question is: how is that possible? How can creators get what they deserve?

Decentralization is the answer. And web3 communities are at the forefront of decentralized gaming.

Why will Web3 be bigger than any nation or religion?

Artists, game designers, programmers and other visionaries will spawn a digital renaissance that mirrors the renaissance created by the internet. The decentralized communities that emerge will take on the role of today’s nations and religions.

I am convinced that the first powerful decentralized communities will come from games. We are already seeing the beginnings of this with organizations such as Yield Guild Games.

Web3 games allow their players to make creative bets in the game. They allow players to determine their knowledge and mechanics. Players can also become producers within the Web3 gaming economies and earn a living by producing value for others within the blockchain gaming community.

However, like any other new technology, blockchains have pitfalls. Gaming operators looking to adopt blockchain technology face certain challenges.

Both game engineers and developers must first create the software using blockchain technology. Then they have to keep improving it as consumer demands change and trends come and go. Traditionally, all new and emerging technology has gone through these cycles.

For any new technology to succeed, it must be adopted en masse. Think of the first mobile phones or the internet. Back then, people couldn’t see the use of a wearable device that kept them connected 24/7. When the Internet was new and unknown, the installation process was immense. Users had to buy the appropriate hardware and then use a physical line and dial-up tone to connect (as long as no one was on the phone, of course).

Together, the mobile phone and the internet have proven themselves as ‘the’ technology power couple of the twentieth century. Having the world in your pocket has meant that the internet is now an integral part of our daily lives.

To drive the mass adoption of blockchain technologies, the gaming community should consider becoming the leading force. More involvement from gamers means a better understanding of the practical use of blockchain technology in general by the general public. Regular users need to understand how the technology works and how others can benefit from it. Only then will they come to trust it and consider adopting it. But to achieve this, governance is needed, because long-term governance guarantees a fair reward for the community. 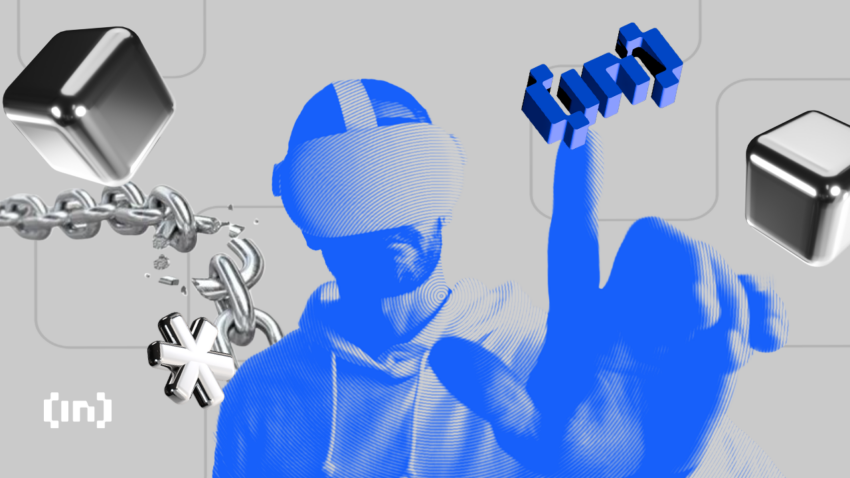 Engineers, developers and organizations need to work together within the blockchain ecosystem. They need to support and collaborate with others within the industry to advance the technology. Only then will governance and compliance with regulations become possible and/or mandatory for all involved.

Once this is achieved, it will only be a matter of time before consumers have more confidence in blockchain and start using it as part of their everyday lives, such as mobile phones and the internet.

Of course, none of these processes can be considered a walk in the park. As with the internet, it will take some time for blockchain technology to be widely adopted – maybe 15 years, 10 if we’re lucky. But if we want to revolutionize technology in a way that changes industries and, most importantly, rewards creators fairly, we need to work patiently and diligently in that direction.

Decentralized games are great for establishing the baseline and standards for how the decentralized community should operate. Those standards will be applied to other Web3 communities, making the Web3 movement a fair and transparent society. And I am convinced that this kind of society can become bigger than any nation or religion if we do it the right way.

Neeraj Kashyap is the founder and CEO of Moonstream.to. He is a mathematician and has a Ph.D. in Number Theory from Indiana University. He spent his 20s in Japan, where he used math and machine learning to build algorithms to diagnose Parkinson’s disease and other similar conditions. This work made him realize the importance of building large-scale knowledge graphs, and he moved to Silicon Valley to focus on this work. He has worked at Google on TensorFlow and has built knowledge graphs that are actively used by major US healthcare organizations. Neeraj has been working in the Ethereum ecosystem since 2016.

Got something to say about gaming communities or something else? Write to us or join the discussion on our Telegram channel. You can also reach us on Tik Tok, Facebook or Twitter.