Pay television company Foxtel and Network Ten were the two broadcasters that once made the Big Bash League one of the most valuable propositions in Australian sport.

As Ten’s parent company Paramount continues to lead the bids for Cricket Australia’s (CA) next broadcast deal, Foxtel could be forced to team up with its former rival if it wants to keep cricket in its summer suite for viewers. 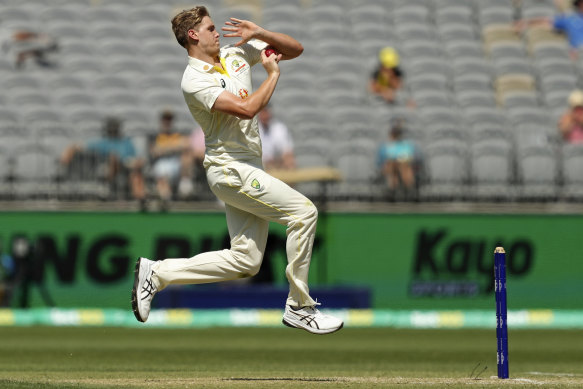 Foxtel is considering options for a world without its free-to-air broadcast partner Seven.Credit:AP

Foxtel was CA’s domestic rights holder when the BBL started in 2011 and played a vital role in raising awareness of the tournament before the governing body sold the rights to Ten for approximately $20 million per season in 2013. That was then spun off into a huge increase in rights with Seven and Foxtel in 2018.

While it is ultimately up to CA to decide which company to partner with, Foxtel (and its streaming service Kayo Sports) risk losing all broadcast rights unless they can convince an alternative free-to-air network that there is an advantage to to share some matches.

Nine Entertainment Co, the owner of this masthead, and Network Ten have both submitted bids for the rights to all content provided by Cricket Australia and are not required to work with Foxtel as they own their own paywall products – Stan and Paramount.

Seven is the only free-to-air network without a streaming service and has enabled Foxtel to complement its offerings in previous deals. Seven, which is suing Cricket Australia over an alleged failure to deliver quality Big Bash League matches, has tried to maintain its coverage of Test cricket but is already looking elsewhere. Seven boss James Warburton confirmed reports from this masthead last week, when he publicly announced that he was actively pursuing lower rungs as an alternative to summer cricket.

And after two formal rounds of bidding, Paramount is first in line on a dollar basis. That puts Foxtel in an awkward position. If Paramount ultimately secures exclusivity on all rights, it will leave Foxtel – a longtime partner of cricket – without a premier summer sport.