***This article originally appeared in the December issue of Animation Magazine (No. 325)***

Creating a beautifully crafted 2D animated feature based on Ruth Stiles Gannett’s sleek 1948 children’s book My Father’s Dragon is far from an easy task. Fortunately, the team behind this beautiful adaptation was none other than five-time Oscar-nominated Irish studio Cartoon Saloon, led by the much-admired Nora Twomey, who also helmed the Oscar-nominated feature film The Breadwinner (2017).

The process of adapting the story as a feature film began more than a decade ago when Twomey met Julie Lynn and Bonnie Curtis of Mockingbird Pictures, producers of films such as Albert Nobbs and Terminator: Dark Fate. The producers, who were big fans of Cartoon Saloon’s critically acclaimed films, had acquired the rights to the property. “We started looking at making some concept pieces and thinking about how we can open up the story of the book, which is quite a thin volume, and translate it to the screen,” recalls Twomey.

My Father’s Dragon (Netflix © 2022) Towards a Long Journey

My Father’s Dragon became one of the first animated films to be picked up by Netflix, but it wasn’t until 2018, when Twomey wrapped up the festival screenings of The Breadwinner, that she and the team at the Kilkenny-based studio were able to devote their full attention to the project. The film, Cartoon Saloon’s fifth animated film after The Secret of Kells (2009), Song of the Sea (2014), The Breadwinner (2017) and Wolfwalkers (2020), went through a series of narrative changes during its initial development phase. .

“I started working on the animation four years ago and we only got through the first one in a few months,” says Twomey. “At the time I was still looking for what the film was about. We thought the movie was all about trust – the broken trust between the boy and his mother. But something about that idea didn’t seem quite right to me instinctively. It took a number of animated passes to get to the heart of the story. Then I realized that the movie is really about two young kids (Elmer and Boris), who are just scared and come to things in two different places. By admitting that they are both afraid, they find strength in each other’s generosity, and that exceeds their fear.” 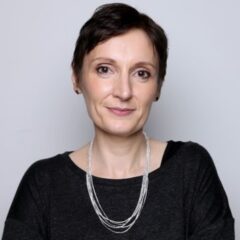 The director remembers reading the book to her sons, who were quite young when she first started the film. “I immediately felt that Ruth was such a fantastic storyteller,” she notes. “She always keeps the audience on Elmer’s level, and things are never explained. You also understand how his mother wants to protect him from something big that is going on in their life. The story resonated with me even more during the making of The Breadwinner, because I got sick myself and had to protect my kids from the bigger picture, but at the same time not lie to them.”

Twomey traveled to the town of Trumansberg in upstate New York to meet Gannett in person. “She is 99 years old and lives in a beautiful house, surrounded by her loved ones. She had seven daughters and a wonderful life there,” she says. “She has been a big part of her children’s lives and has played an active role in the local school community and helped children with the literacy program. She was incredibly inspiring and I wanted to take some of that flame and incorporate as much of it into the film as possible.”

The director mentions that the collaboration with Netflix allowed the creative team to develop and polish the central themes of the film. “We always went back to the beginning,” she says. “If you’re having trouble in the third act, it’s always essential to rethink the lineup. For me it was very instinctive. For example, there are scenes in the movie where Boris reveals this deep embarrassment that he is not enough of a dragon. And later, Elmer knows that he can lose his friend, but he must empower him. He must be completely selfless.”

Giovanna Ferrari, who was both the head of the story and the animation director for the film, points out that this project allowed her to work with many female creatives. “We all felt free to express ideas, spar and brainstorm,” she says. “You felt this freedom to go as far as you wanted with your crazy ideas, and then maybe narrow them down to something more grounded. I felt like we could play with the story and the characters until everything really clicked. I know there are some story rooms where you feel judged and maybe not really free. But Nora has this talent in creating a very safe space for herself and her team to play and have fun. That brings out the best in everyone.”

Assistant director Louise Bagnall, who received an Oscar nomination for her 2017 short Late Afternoon, points out that My Father’s Dragon’s ambition and scope were very different from previous Cartoon Saloon films. “We have all the different characters and the many locations, so the scale and scope of the film is quite larger than the previous projects. However, the friendship at the heart of this story feels pretty real – even if it’s between a giant, striped dragon and a young boy. If you also look back at movies like Song of the Sea or The Breadwinner, you’ll see that the main characters use elements of storytelling to understand how to deal with it. It was important to us to find a way to tell a story that can give children a sense of empowerment and connection.”

My Father’s Dragon follows a very distinctive aesthetic, which is reflected in both the meticulous art direction and the stylized character and background designs. But because the film was inspired by an existing picture book, the creative team strove to use the original book illustrations by Ruth Chrisman Gannett (the author’s stepmother) as their anchor.

The film’s art director, Áine McGuinness, who has worked on films like The Breadwinner and TV shows like Dorg Van Dango and The Amazing World of Gumball, recalls that one of their first discussions with Twomey was about how important spaces are in this film. to be. . “One of the most important tools we use to compose our images is the power of values,” they note. “We’re trying to convey that the film could really exist in black and white, so that the values ​​are more important than even the color itself. I thought everything should be softer and quieter so viewers could just look at a character’s eyes and feel their expressions.” 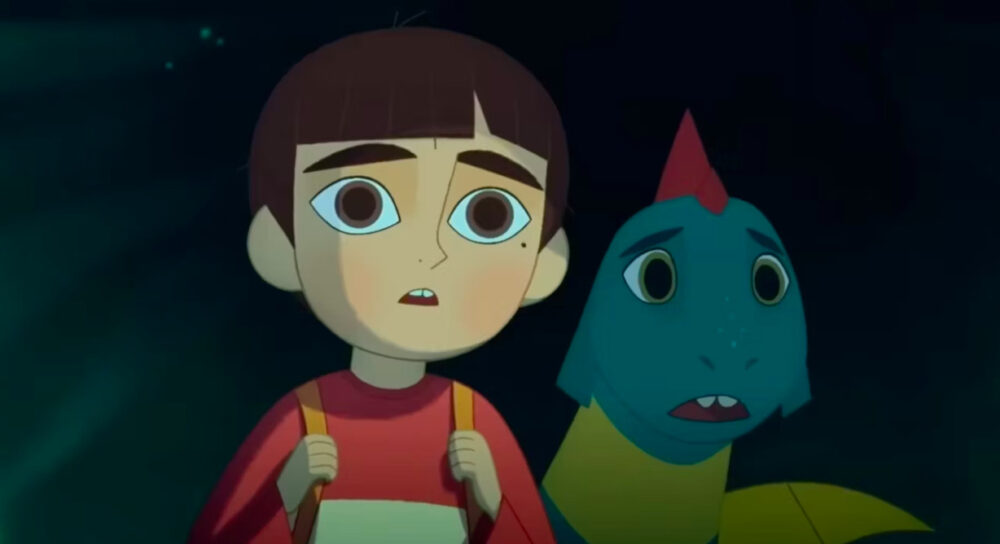 Another trademark of Cartoon Saloon’s films is the way light and shadow are used to convey moods or to highlight characters and backgrounds. “One of the many inspirations was classic black and white film noir and the way you can see a spotlight shine on a character too,” says McGuinness. “Our chief designer Rosa Ballester also used a very illustrative, stripped-down and subtle form language with simple shapes and a low level of detail. The characters also have simplified designs so that the animators could focus only on the acting.”

The art direction includes specific color schemes for each part of the film. “The early sequence is covered in gold and you see the gold motif repeated throughout the journey as it symbolizes safety and home,” McGuinness notes. “We repeat this color at various points, whenever Elmer dreams of opening a new store in the city. Then, when we meet the dragon and it flies, we bring that color back. We also see the same color during the emotional scene in which Elmer sorts everything out. There is even gold shooting out of the top. So the gold just becomes a safe point for him, and we bring it back when he gets back to town and it’s basically sunset. He has had this adventure in his imagination, but his perspective has changed and he sees the city in this new light.”

Asked about the film’s main challenges, Twomey said: “We had a huge logistical challenge when the island started to sink as Elmer and Boris tried to cross the river. From a production perspective, there were so many balls in the air with the location planning, the sinking of the river banks, the shooting choices, the characters’ performances and the hand-drawn water effects. I was afraid we wouldn’t make it. But we had such a great team planning every detail, breaking down every specific issue and communicating across departments, even during the lockdown. They’ve done it so well that I take it all for granted when I look at it now.”

She adds: “We also had dramatically challenging sequences. Our film is intended for a family audience, but Cartoon Saloon never shy away from the emotional intensity and complexity of real friendships. There are a few moments in the film where we really get the audience involved. Elmer’s experience, and sometimes the crew – the animators and sound people in particular – were wiped out with their work.”

Twomey says she is very happy with what each member of her team has been able to do during a very challenging period for everyone. “I’m really proud that the entire team, from Julie Lynn, the producer who first contacted author Ruth Stiles Gannett and me, to the DI artist and sound mixers and everyone in between, have poured their hearts into this film. None of our cast or crew held back, and I think audiences will feel that passion for the craft of animated film on screen.”

The director hopes that audiences will see a bit of themselves reflected in her film. “I mean, all we can do is scratch ourselves to the surface and try to bring some reality there. Of course I hope the viewers are taken on a colorful adventure. But in the end I hope they feel the truth of the characters. ”

My Father’s Dragon premieres on Netflix on November 11.