HomeSportSoccerSchedule for FIFA World Cup is ‘crazy’: Cesar Azpilicueta Azpilicueta is expected to play in Spain’s squad for the World Cup. 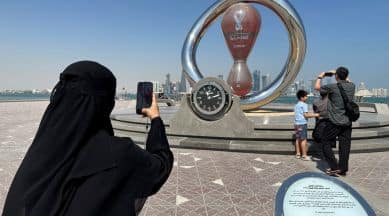 Chelsea defender Cesar Azpilicueta said the number of games being crammed into the schedule in the run-up to next month’s World Cup is “crazy” and puts the well-being of the players at risk.

You have used up your monthly limit of free stories.

To continue reading, all you need to do is register or login

You need a subscription to continue reading. Now available from just Rs 2.75 per day.

This premium item is free for the time being.

Azpilicueta’s team-mate N’Golo Kante has been ruled out of the World Cup after undergoing surgery for a hamstring injury, while Reece James is in a race to be fit for the tournament after injuring his knee.

Chelsea have three league games, two Champions League games and a League Cup tie before the World Cup in Qatar starts on November 20.

“It’s hard and sad because as players you want to go to the World Cup, but we have a schedule where we have to play for our club and do our best,” Azpilicueta told reporters on Monday.

“We fight a lot for the well-being of the players because the schedule is crazy. Sometimes we have to think about everything and I think we are in talks with FIFA. It’s difficult because I understand that the fans want to see football.

“We have five subs now, but we have a few injuries in our team that make it more difficult to rotate. We play every few days, but it’s the way it is and we need to take it a step further.”

Azpilicueta is expected to be part of Spain’s squad for the World Cup, where they have moved to Group E alongside Germany, Costa Rica and Japan. They will start their group campaign on November 23 against Costa Rica.