It doesn’t seem like Faith: The Unholy Trinity should be able to do this to scare us, because it looks like something I played on a BBC Micro decades ago. It has squiggly MS Paint lines for graphics, there are maybe two frames of animation, the sound distorts everything it plays, and you can even hear system beeps. And yet Faith somehow manages to be disturbing, manages to make me jump, manages to scare me. If I had played this as a kid I would never have slept again.

The theme is exorcism, and Faith starts with you, a priest, driving along a road and parking by a forest, then getting out and walking into the trees. You’re going to finish what you started, with or without the Vatican’s permission, you’re told, and that’s really all you know. Faith is a game that doesn’t tell you much because figuring out what you’re doing is part of it.

Mechanically, however, you can’t do much: you can walk around and hold up a cross. And if you hold the cross to certain objects, it seems like you are expelling souls from them, and that produces a tone. And notes are important. They fill in the story around you and indicate who you are, what you do, what you are looking for and why. And they will also give you clues about what you will find when you get there, the answer to that is almost always “demons”.

So you walk. You trudge screen after screen through a forest trying to figure out where to go. And every now and then you hold up your cross to reveal another note. And the immediate feeling is that this all feels very sluggish, almost sleep-inducing, with the garbled classical music — the kind you’d listen to while relaxing in the tub — in your ear.

But then, scream! A four-legged horror that looks like a crazy piece of spaghetti shoots out of a corner of the screen and tries to get to you. It moves much faster than you and crashes with a dissonant scraping sound, causing you to panic, but instinctively you hold your crotch up and it’s gone. The effect is complete: now you are on edge. Now you know that the game has teeth.

This is Faith in a nutshell: silence and nothing, then screaming! and something is coming your way, and fast. And it’s effective – more effective because nothing else is going on. Why didn’t more games do this in the 80s (did they? Maybe I was too young to know)? I suspect the answer is partly because they couldn’t. Faith, you see, is sneaky.

Occasionally it will contain other surprises that you don’t expect, like much richer animated 3D sequences, albeit done with simple line art, showing some of the horrors you perform up close, or some of the main characters. And they shook the player back and forth some more. There is a wonderful moment when you see the stereotypical image of a long-haired girl from a Japanese horror movie appear in front of you, then the game announces “She’s here” and a chase begins. One presentation works very well to reinforce the other.

I don’t know if this is technically 8-bit. But I expect that what’s more important is the feeling that it’s a game from your childhood so it can play with your expectations from then on. You don’t expect a game to do this, but it can. 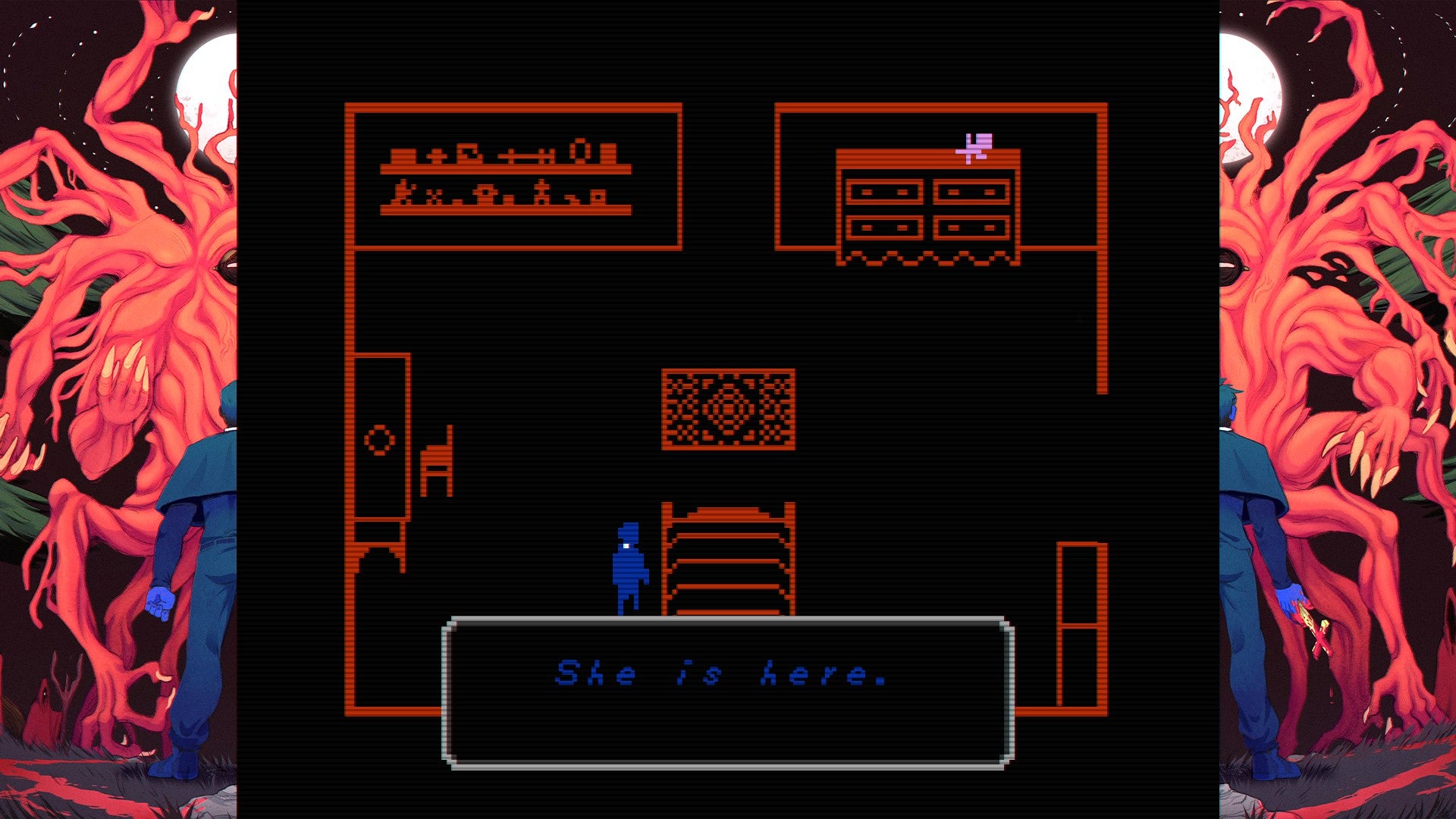 She’s here. And she’s not friendly. This is a chilling moment that you don’t think will be. It’s not to look at. 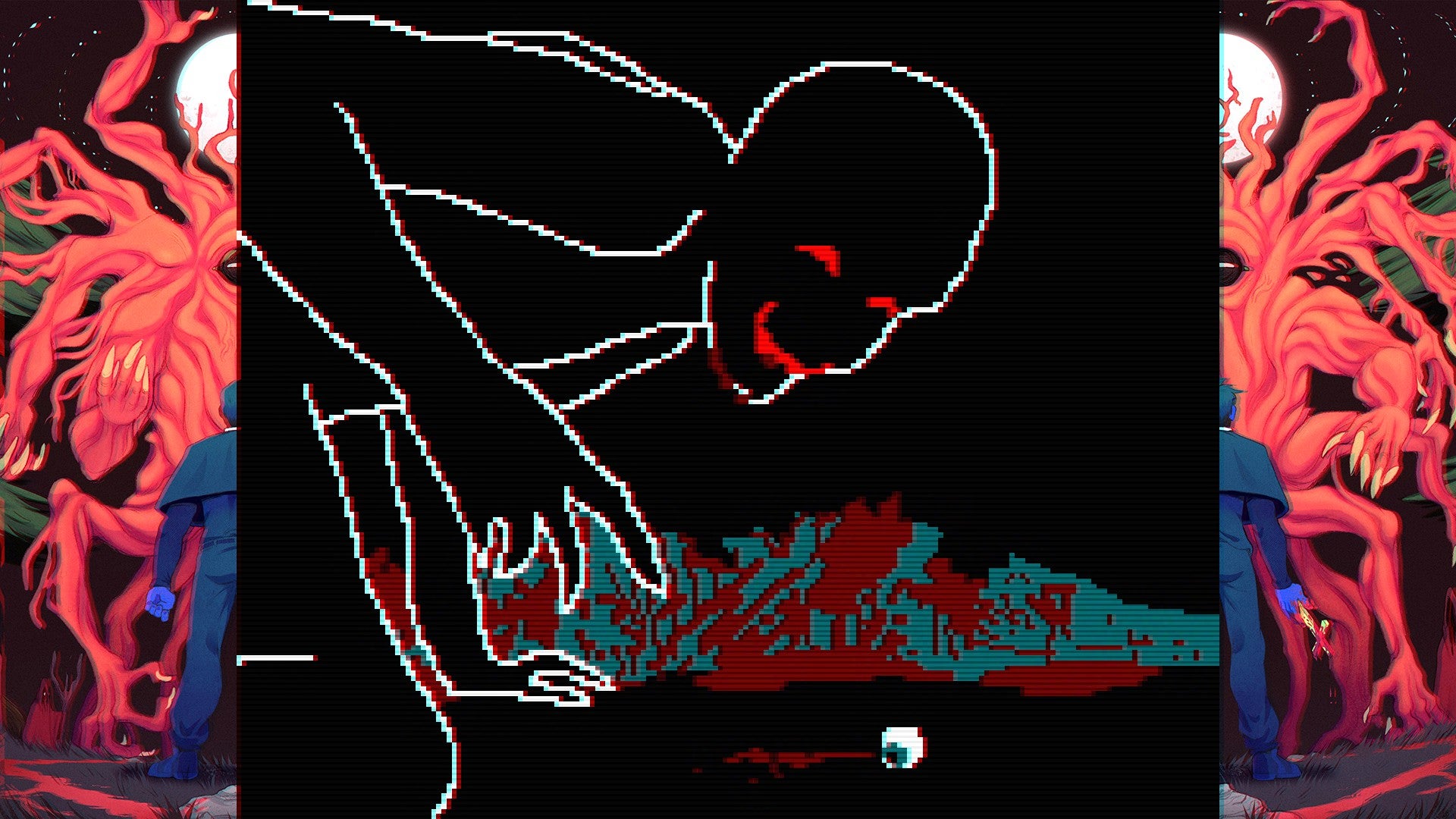 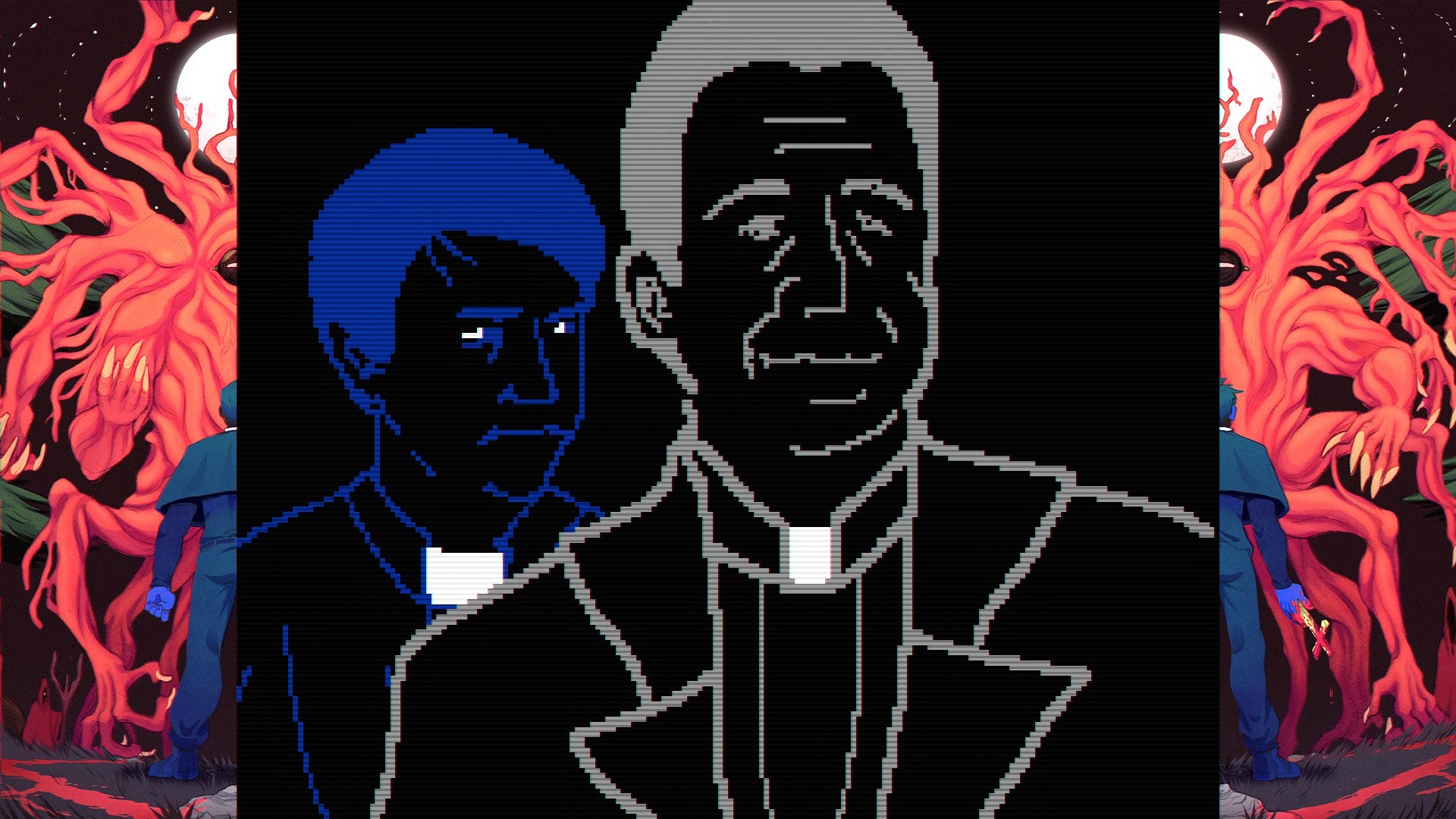 One of these is you, the other isn’t – can you guess which one it is?

This sense that the game can do more than you thought will grow stronger as you progress through the three chapters, each lasting a few hours, depending on how long you’re held up by certain puzzles, note-taking, or enemy encounters. can be very annoying – there’s a lot of dying and trying again while trying to figure them out. That plus some tiring scurrying around are my main drawbacks in the game. But the loyalty points are usually close, so you don’t have to redo much progress.

Soon you will realize that it is all connected, the story and the characters. They even overlap as you go back in time and witness the beginning of events that you have already seen pass by. And then you finish a chapter and the game announces that you’ve seen one of the five and you say, “Oh, that’s smart”, and consider finishing it again because maybe you didn’t have to. do kill the girl, and what happens if you don’t?