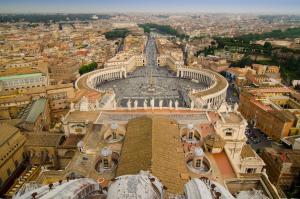 Catholicism (the people (Catholics) and the institution (Catholic Church)) is by far the largest denomination in the world. It is divided into the Anglo-Catholic derivatives, Eastern Rite and Latin Rite.

The Code of Canons of the Eastern Churches (CCEC); Latin; Codex Canonum Ecclesiarum Orientalium (CCEO)) clearly defines the difference between church and rite as follows:

Canon 27 – A group of Christian believers united by a hierarchy according to the standard of law that expressly or tacitly recognizes the supreme authority of the Church when sui iuris is called a Church sui iuris in this Code. Canon 28 – A rite is the liturgical, theological, spiritual and disciplinary patrimony, culture and circumstances of the history of an individual people, through which its own way of life faith is manifested in each church sui iuris.

Rites of the Catholic Church 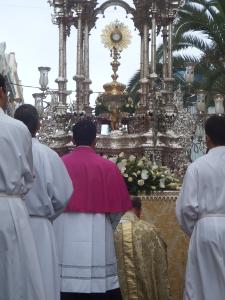 The following are the rites of the Catholic Church: 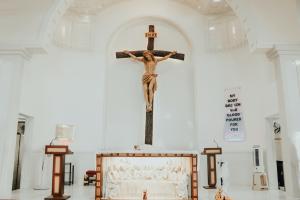 “The churches of the East are worthy of the glory and reverence they cherish in all Christendom thanks to those extraordinarily ancient and special memorials they have left us. For it was in that part of the world that the first actions for the redemption of the human race began, in accordance with the all-encompassing plan of God. They quickly spent their produce: there in the first blush blossomed the glories of preaching the True Faith to the nations, of martyrdom and of holiness. They gave us the first joys of the fruits of salvation”

When we speak of “the True Faith”, all Eastern Catholic Churches submit to the doctrines and dogmas defined by the Catholic Church, which are found in the Magisterium. Therefore Catholics, whether from the East or the West, cannot reject dogmas; in Unitatis Redintegratio it is written that,

“Everyone in the church must maintain unity in essence. But let all, according to the gifts they have received, enjoy a proper liberty, in their various forms of spiritual life and discipline, in their various liturgical rites, and even in their theological elaborations of revealed truth.”

“By “magisterium of the Catholic Church” theology means and denotes the official teaching promulgated throughout history by Catholic bishops and especially by the Pope of Rome as head of their congregation. These teachings are intended to explain and shed light on what Catholic believers must believe in order to be coherent with the content of Scripture and the legacy of Tradition. Documents issued by the Catholic hierarchy have varying degrees of authority. The most important are the teachings promulgated by the Ecumenical Councils and the dogmatic statements—usually a few—explicitly expounded by the Pope of Rome. Encyclicals, letters and speeches of the Bishop of Rome also have special significance because of the role he plays in ensuring the unity of the whole Church.

With regard to the relationship between faith and science or other contemporary issues, theologians and the magisterium are called to work together for the spiritual well-being of the faithful. On the one hand, in order to fulfill their mission as custodians and authoritative teachers of the Word of God and as successors to the apostles, bishops must remind theologians of the fundamental truths that should inspire their intellectual work, and keep in mind pastoral priorities.

On the other hand, since theology is nothing more than the exercise of a fides quaerens intellectum, theologians should point out key issues and topics that are more present in the contemporary cultural and scientific debate and are particularly strategic for the understanding of faith. . It is through this collaboration between pastors and theologians that the gospel of Jesus Christ can be credibly and effectively proclaimed to all men and women at all times. In this way, the theological work can help the magisterium to explain the richness of the Word of God in its teaching and to answer the questions that the faithful ask over a period of time.

Occasionally the magisterium of a council or of a pope of Rome may anticipate theologians and indicate to the scholars which themes to tackle and in which direction a new intellectual synthesis should be sought. They have a common goal: to serve the faith of the people of God and to spread the Christian message more effectively, especially in a cultural context – such as today’s – which is in a state of rapid evolution.

This mutual cooperation between the magisterium and theology also plays an important role in the sciences and scientific culture in general. Recognizing that scientific inquiry is also an undertaking for truth and knowledge, theologians have a duty to listen to what science has to say and to take into account in their own work the well-documented results of the scientific community; where necessary, theologians are also called to address some new and groundbreaking issues.

The magisterium can intervene and provide proper clarification when some erroneous extrapolations of scientific results or imprecise disclosures of the same results appear to conflict with the truths of faith. Sometimes the magisterium can also provide prophetically, with the help of the Holy Spirit, which seem to include the ethical and social consequences of scientific inquiry. It also encourages theology to reflect on these issues, sharing the common desire to deepen the truth and protect society from that which could endanger human society rather than serve and promote its integral development. .

Finally, theology also has the challenging task of interpreting the interventions carried out by the Church’s Magisterium in past eras and of applying appropriate hermeneutics to them. Some statements, because of the linguistic, conceptual or cognitive context in which they were expressed, could have lost their original meaning or could have been better expressed in the light of today’s scientific view of the world. In these cases, the message of truth it contains—an expression of the Spirit’s help to the Church of Jesus Christ—must be wisely restored and reimagined, in fresher language, in an intellectually developed context.

Deepening the knowledge of what the Magisterium of the Catholic Church teaches on topics related to the sciences and to their cognitive advancement is helpful for several reasons. First, the believer can use the conclusions and guidelines of the magisterium to achieve and develop his own Christian-inspired synthesis between faith and reason, between the mission to elevate the world to the glory of God—a mission in which all the baptized participate and the task to humanize society through one’s professional work.” – INTERS

As Saint John Paul II once wrote in his encyclical Ut Unum Sint, “the church must breathe with her two lungs.” The Eastern (Orthodox) and Western (Roman Catholic) churches serve the same body of Christ, despite the differences that exist in matters of liturgies. Faith comes from the same root.