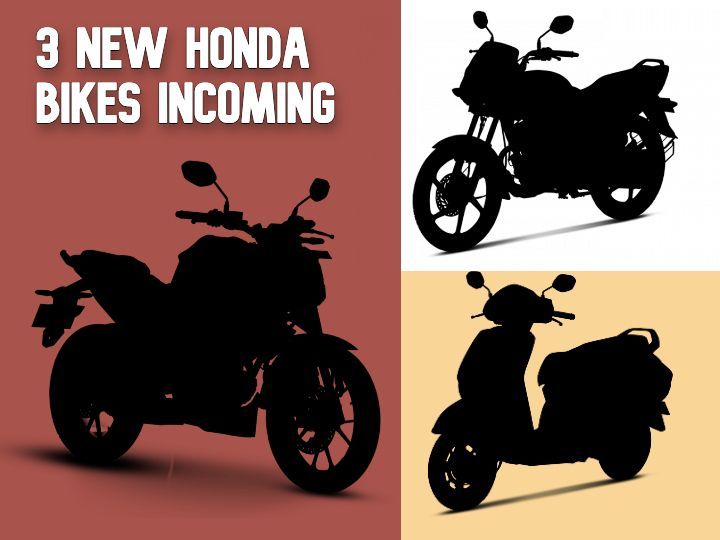 Atsushi Ogata, President, MD and CEO of Honda Motorcycle and Scooter India recently announced that the company will soon be launching three new products in the country. In the pipeline, Ogata hinted, are a 125cc scooter, a 160cc motorcycle and a 300-350cc motorcycle. This is what we can expect from the Japanese brand.

Starting with scooters, Honda has updated its people movers like the Activa 6G with a ‘Special Edition’ tag. So, while there’s one more new 125cc scooter on the way, chances are there’s one more of those cosmetic updated trims on the way. We think the 160cc engine will be a premium and sportier version of the Honda Unicorn, something to rival the new Bajaj Pulsar N160 and TVS Apache RTR 160 4V. While you’d say the X-Blade is already a worthy competitor to the Pulsar and Apache, perhaps something a little more sporty should be your best bet.

Finally, the 300-350cc motorcycle could be an ADV or adventure touring motorcycle based on the newly launched Honda CB300F. As we rode the bike, we found that the bike had decent highway capability and could work even better as a touring bike.

Honda’s launch plans are based on buyer behavior as despite a severe crisis in the semiconductor industry, demand for two-wheelers is gaining momentum with the reopening of schools and offices, Ogata explained.

We suspect Honda will try to introduce the three new models before the BS6-2 OBD regulations come into effect from April 1, 2023.