It was 1976. An Irish boy named Paul Hewson was trying to figure out a lot of things; his mother had died a few years earlier, when he was just 14. Bono, as he was known, spent a lot of time at home, in Dublin, arguing with his father and his older brother. But two goals kept him focused: to win the heart of a girl named Alison Stewart and become a rock star.

And the same week, he asked Alison out – (she said yes) – and he ended up in Larry Mullen JR’s kitchen for an audition. There were two other guys – Adam Clayton and David Evans, aka The Edge. The foursome would grow into one of the greatest bands of their time: U2. And he is still married to Alison Stewart 40 years later.

Bono writes about these fundamental relationships in his new memoir, Surrender: 40 Songs, One Story, released November 1. In it he also dives into another core relationship: his spirituality. Although he was never a Catholic on Sundays, from an early age he was fascinated by mysticism and ritual – and Jesus.

The following has been edited and trimmed. Use the audio player at the top of this page to hear the broadcast version of this conversation, or watch a longer clip in the video player above. In addition, an extended version of this interview will be available on Sunday, October 30 via Up First, NPR’s daily news podcast.

Rachel Martin, Morning Edition: You write in the book, “If I were in a cafe right now and someone said, ‘Rise when you’re ready to give your life to Jesus,’ I would be the first to stand.” Did your band share your focus, your preoccupation, with faith?

Bono: They still do. First Adam [Clayton] was like “Aw, man…” You know, he only had one thing in life, he’s a bass player – just wanna be in the bad rock ‘n’ roll band… But he stood by me, you know, and assisted us in our devotion.

Can you imagine Ireland in the 70’s, it’s a civil war – anything but a civil war. The country divides along sectarian lines. I was very suspicious, and still a little suspicious of… religious people, I mean, religion is often a club where people hit someone else in the head. I learned that in Ireland at a very young age.

You write that much of U2’s music is based on the feel, the emotion, even the structure, of a hymn.

Edge’s family was Welsh – if you’ve never heard crowds sing at a Welsh-Irish rugby match, the stadium was filled with songs. They sing these huge hymns, and the Welsh sing like a crowd very, very well. [Singing] “Bread of heaven, bread of heaven…we will sustain you forever…”

And it’s in him, it’s in Edge, those fifths. And that’s the feeling we were looking for in our music – yes, we want punk rock, we want it to be brutal, we want it to be tough, we want to have big tunes. But the ecstatic music is part of who we are. 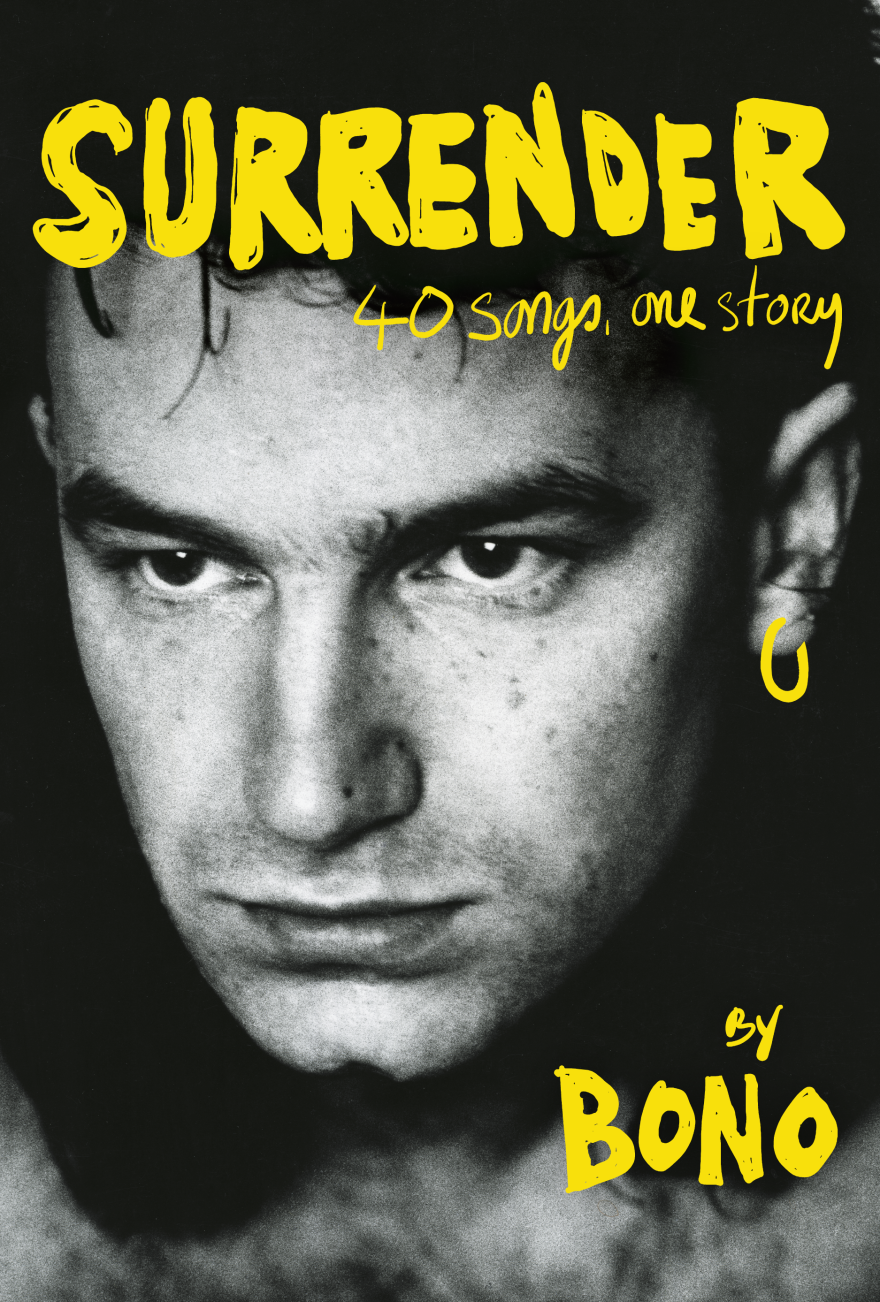 With “Still Haven’t Found What I’m Looking For” are you explicitly saying there’s some kind of carrot in that song?

Sorry, didn’t I pronounce that correctly? [Exaggerated] “Sam,” is that how you say it, Rachel? You are so chic!

Your father said towards the end of his life that the most interesting thing about you was your spirituality, your religion.

My faith, yes. He was brilliant. He had faith and he lost it, you know, and people have it – just when you need it. When he was dying, I’m writing in the book, I’d gone in to see him and I was reading him bits of scripture and he kind of gave me a hairy eyeball. [Laughs] A little “Knock it off, will you?” And I was so sad for him that he didn’t, because he’d always said things to me like, “You know, this stuff, this divine stuff, I don’t experience that – but you shouldn’t give that up, because that’s the most interesting thing about you,” he says. Kind of a classic…

I mean, was that a little small for you? You are this musician…

Now you pick it up — his compliments would come with a tickle or a boxing glove. [Laughs] I remember when we were recording U2’s first album, he said, “What are you doing?” And I said I was just recording the album, and he said, “You’ve been doing that for weeks.” And I said yes, it’s three weeks – this is the last week. And he says “how long is an album?” About 40 minutes… “Oh God, will you do it right? Do it right.”

[Aside] After 40 years of selling out arenas as a musician, trying to eradicate hunger and AIDS as an activist, as well as being a father and husband, Bono is ready to admit he misunderstood – the Dublin boy who has always been the big voice in the middle is ready to hear what others have to say.