Houston’s food scene wouldn’t be what it is today without the Asian night markets. Asia Society Texas Center, the local museum dedicated to art and culture from across the continent, hosts its 10th annual night market on November 4. More than 50 vendors bring regional foods, household items, and more to the block party, complemented by special performances and other fun activities for kids and adults alike. Here’s what you need to know about the Asia Society Night Market.

These evening events are common in East and Southeast Asia, where people pack up at an open-air market to sample all kinds of street food. Night markets originated in China during the medieval Tang Dynasty and then spread to other countries in the region and to Chinatowns around the world, particularly in American cities such as Houston. Famous night markets in Asia include Nanluoguxiang in Beijing, Patpong in Bangkok and Shilin in Taipei. 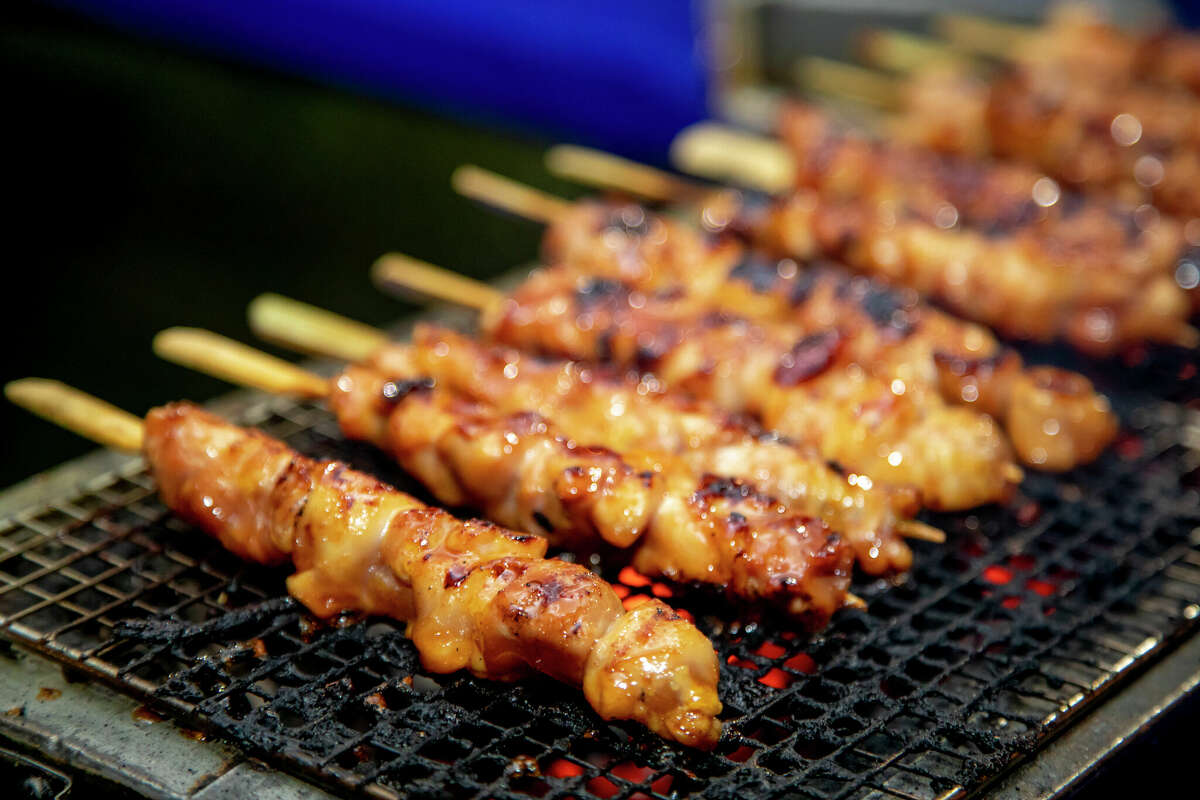 At the Asia Society night market, you will find dozens of street food vendors.

Chris Dunn What should I eat at the Asia Society night market?

The Houston Museum has been adding vendors to the market’s lineup in recent weeks, aiming to showcase the diversity that exists within Asian and Asian-American cuisine. Be sure to check out Burger-chan, whose owners Diane and Willet Feng recently appeared on Good Morning America’s national burger competition. Their creative and customizable burgers feature ingredients such as seared spam, fried egg, charred jalapeños, kimchi sauce, sambal mayo, and scallion aioli sauces. Dumpling Haus, a local favorite dedicated to dumplings, as well as rice and noodle bowls, will also be in attendance. 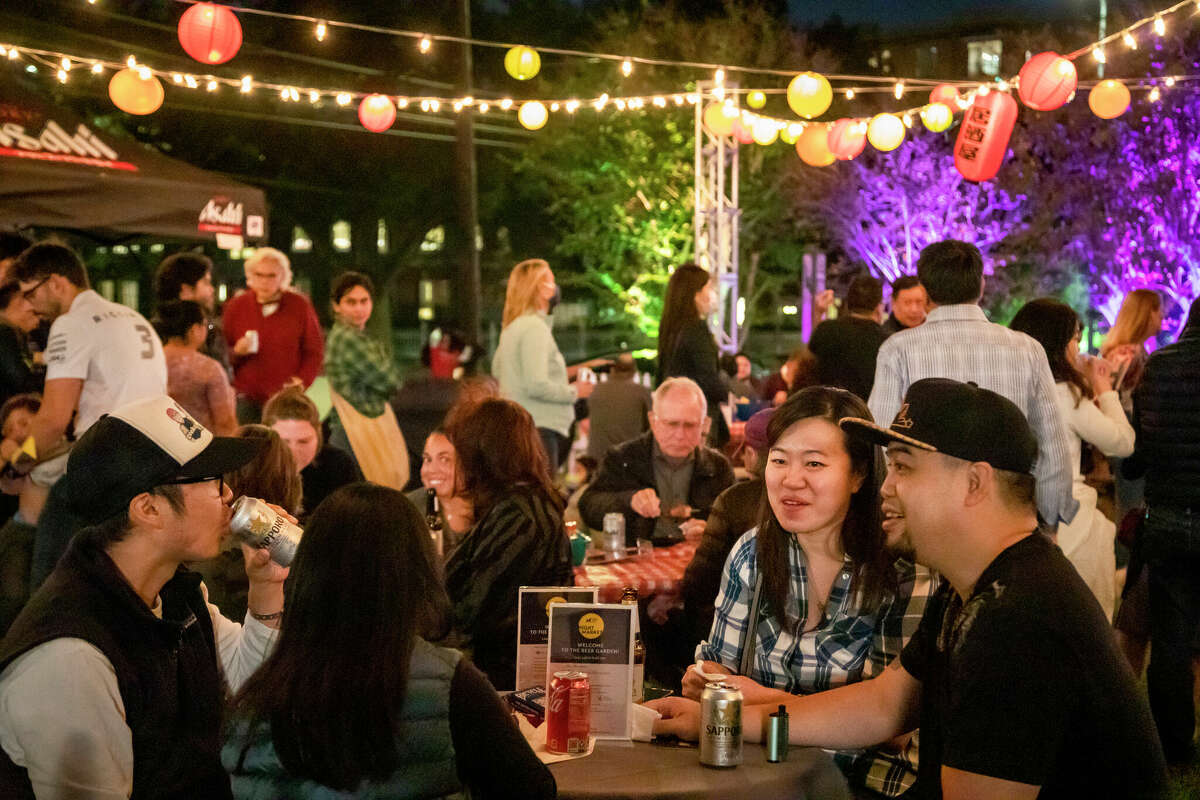 Filipino food is well represented with Mama Marie’s Filipino Soul Food and Fat Funk, a collaboration between Aleng Nina’s and Ooh Mami Papi. Hot and Buttered will come in hot with seafood cooks, and B&B Concession will bring its signature chicken on a stick. Those with a sweet tooth can enjoy Jammy in the Bottle’s Korean desserts and other treats from The Baker’s Man, Butter Baby Bakery, The Custard Box, Dough Digger, and Popssibilities. For a pick-me-up, try Hawaiian coffee from Asia Society’s Java Lava cafe.

In addition to the stalls, there will also be real food trucks, such as Foreign Policy, which combines Korean food with Greek, Mexican and American staples. Other trucks include Wokker, Seoulside Wings, Nom Mi Street, Muishii and more. 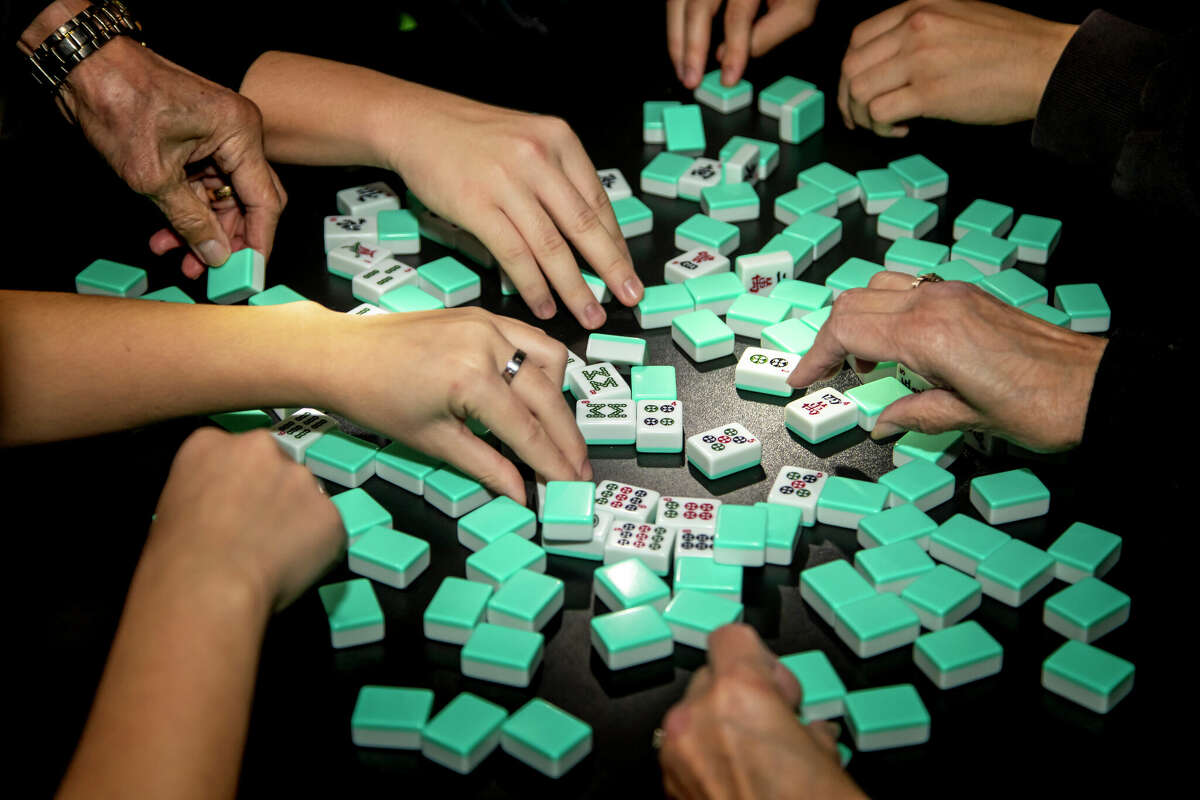 Play a game of mahjong at the Asia Society night market.

Chris DunnIs there anything else to do but eat?

There is no shortage of things to do at the night market if you need a break from the food. More than 20 vendors will sell household items, art, clothing, and all sorts of trinkets you didn’t know you needed. For the first time this year, Asia Society hosted a Diwali fair in honor of the Hindu tradition that was celebrated over the weekend. Visitors can play games such as mahjong or visit Otaku Alley dedicated to manga, anime, and cosplay. Performances include sumo wrestling, as well as Bollywood and K-pop dancing. And you can walk into the museum itself after hours to check out the current exhibit, “Yōkai: Scenes of the Supernatural in Japanese Woodblock Prints.” 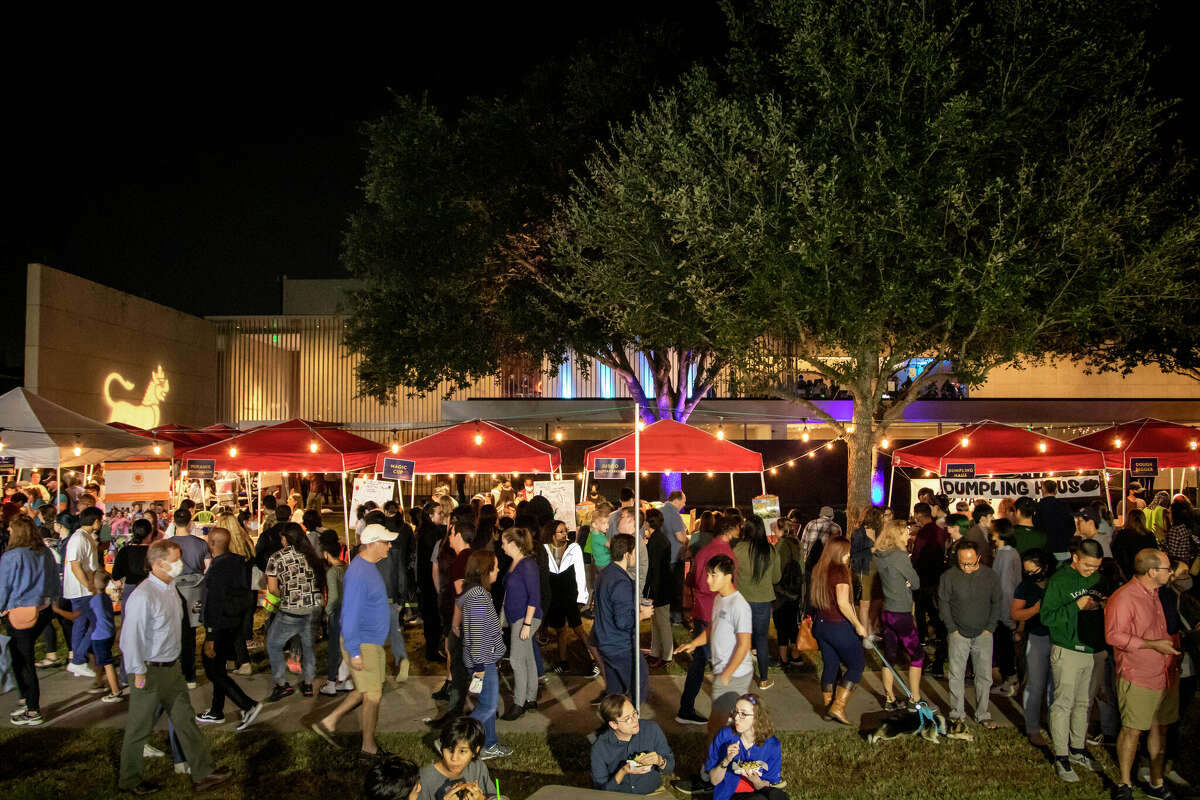 Chris Dunn Are there other night markets in Houston?

Numerous other night markets take place in Houston throughout the year. The most famous iteration is probably the one hosted by the Vietnamese community of Houston and Environs, which was long held in Hong Kong City Mall and has now spread to other locations in Houston. Have A Nice Day, a local organization created to uplift Asian Americans and Pacific Islanders (AAPI), often hosts markets in the city, such as the recent FAHM Fest. 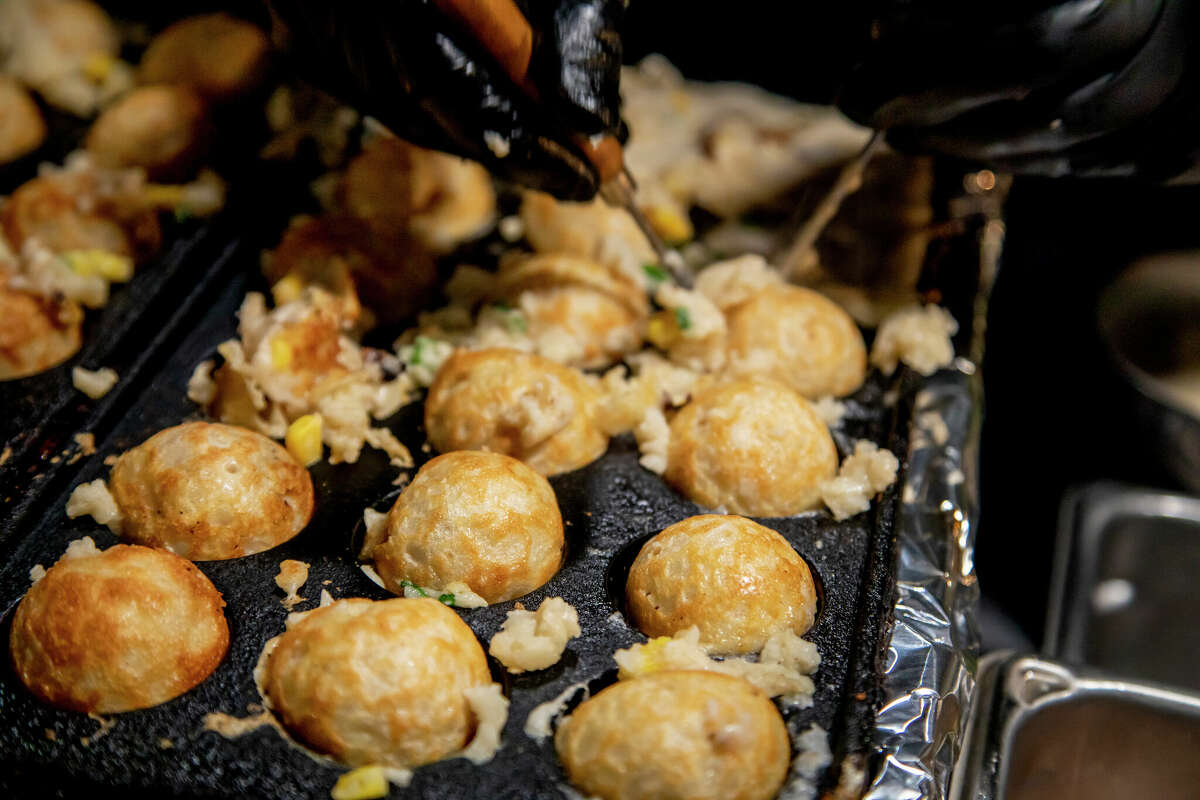 Asia Society’s 10th Annual Night Market will take place on Friday, November 4 from 6pm to 10pm at the Museum District setting. There will be more than 50 food and non-food vendors, all small businesses owned by people in the AAPI community and people of color. The event is free to attend, but pre-registration is encouraged.