The atmosphere was great at the Autodromo Hermanos Rodriguez as practice began for the Mexico City Grand Prix, with teams – for the second consecutive weekend – giving up FP2 for 2023 tire testing to focus on collecting data in the opening race of Friday -hour session. So what have we learned?

Red Bull arrived in Mexico as the early favourites, the RB18 found speed on every kind of track this year and their two drivers Max Verstappen and Sergio Perez in fine form, who together gave the team their first Constructors’ Championship win since 2013.

Early signs were positive, with both drivers saying they quickly became comfortable with the car and that while there was still work to be done, the car was in a good place to build on.

Normally a low fuel pace was Ferrari’s domain on a Friday this year, but it was Red Bull who outperformed it in Mexico, albeit by 0.01s. In race trim they fall behind Ferrari, but only by 0.03s. Given that they’ve had a better relegation on Sunday, they’re unlikely to fear that, and instead, Perez gives hope that he can surprise the fans by fighting for a win on home soil. 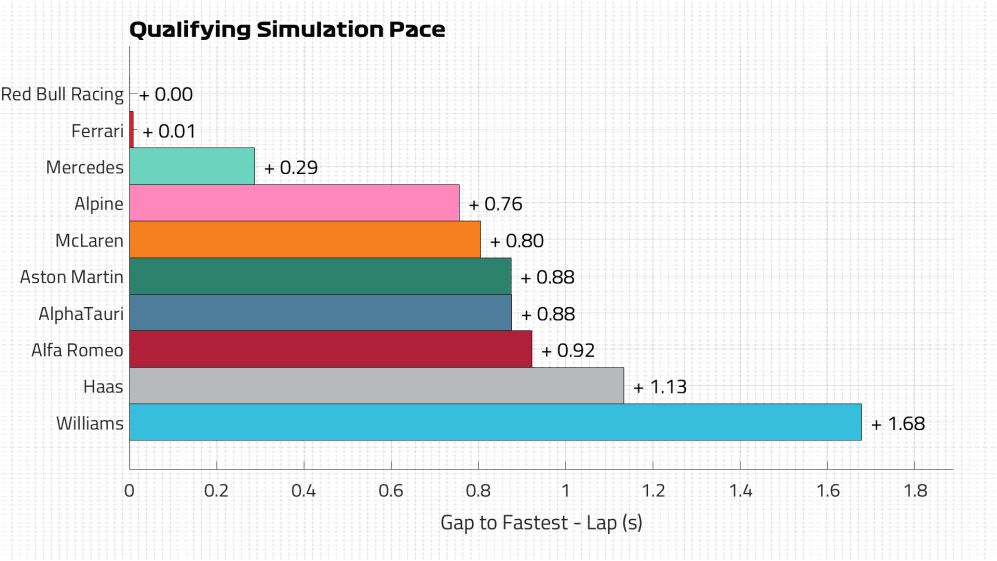 2. Ferrari in the mix to fight for pole and win

Aside from Charles Leclerc’s crash, this was one of Ferrari’s strongest Fridays of the year in terms of sheer performance, with Carlos Sainz looking very fast right from the first lap.

The Spaniard was able to find the right spot very quickly with the balance of his car, with the focus now on adjusting the package to best deal with the high altitude.

There is no choice between them and Red Bull in both qualifying and race trim, with the F1-75 the strongest of them all through the fast corners. Pole – and perhaps the battle for victory – is in full swing. 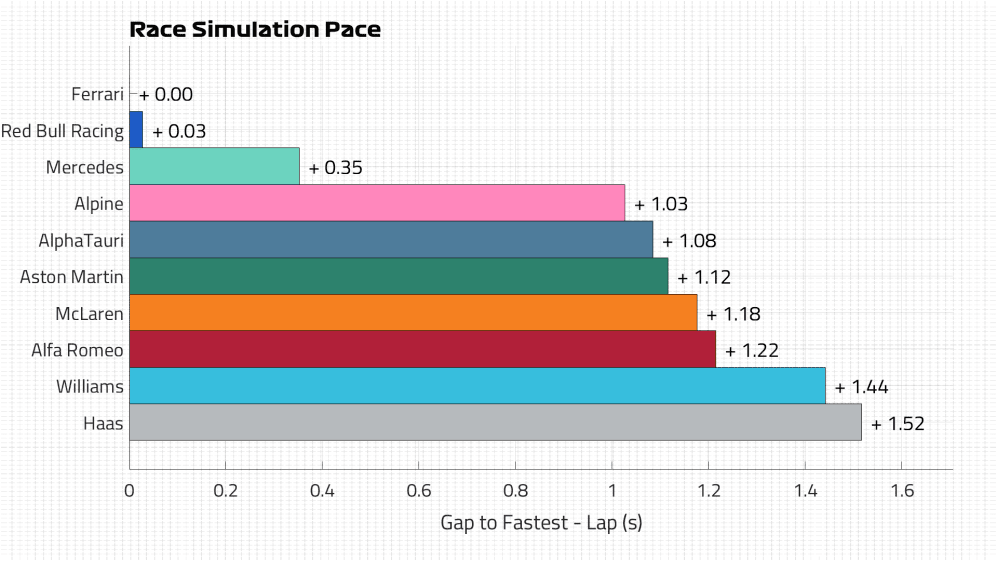 Mercedes took their now usual position in P3 on Friday both in fuel economy and race pace, but they seem to be at least 0.2s – if not a little more – closer to Red Bull and Ferrari versus Austin.

Trackside chief Andrew Shovlin said they “run into a few limits on system temperatures in the first session” but got things under control for FP2 when George Russell was back in the car after loaning it to Nyck de Vries.

READ MORE: Russell greets ‘one of our best Fridays’ as Mercedes pushes for Mexico breakthrough

They think the car performs well on both a single lap and long run and, according to our data, they seem to have gone hard with the downforce, putting them at the top of the performance charts in slow corners. As a result, however, they are vulnerable on the straights, so it is likely that they will lose some downforce before qualifying. 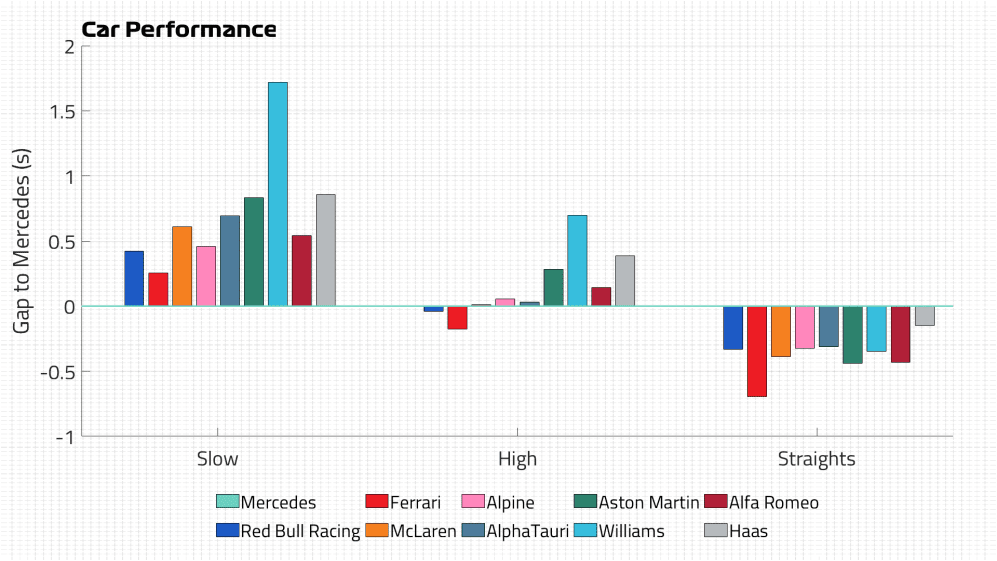 4. Alpine sharpest of the midfielders

Alpine is in a strong position to put some air between themselves and McLaren in the battle for P4 in the Constructors’ Championship, based on their competitive pace in Friday practice.

While Jack Doohan’s first Grand Prix weekend appearance was limited by a power unit problem, things went smoother for drivers Fernando Alonso and Esteban Ocon – meaning they had enough data to prepare for the weekend.

In terms of fuel economy, they are in fourth place, making Q3 a target for both cars. The race pace is less impressive as while they are still fourth in the rankings, the data suggests they are slightly more than a second off pace. 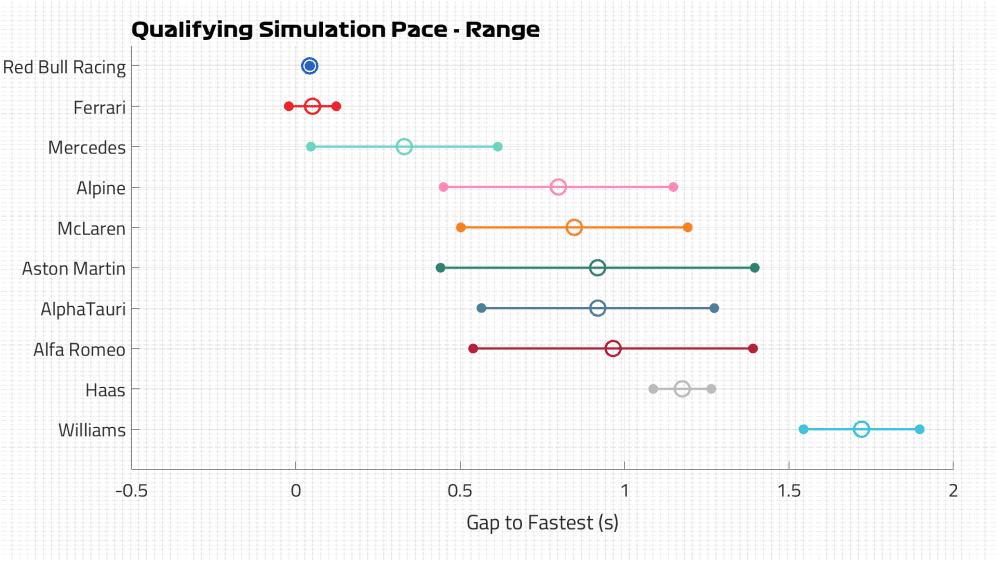 5. Tight battle ahead for lower endpoints

Midfield has been close all year, and that’s especially true here, with Alpine in P4 to Alfa Romeo in P8 – with AlphaTauri, Aston Martin and McLaren in between – separated by just 0.19s in the long runs.

Looking at the low fuel efforts, just 0.16s separates the same quintet, with McLaren showing a better pace in this stat and AlphaTauri falling from fifth to seventh.

The key to success this weekend will likely be who takes the right steps overnight and makes the most of what is sure to be a busy final practice hour – to avoid a loss of FP2 runs due to Pirelli tire testing To make up.