Honda City, the Japanese automaker’s mid-sized sedan, recently celebrated its 25th anniversary in India. The model was first launched in 1998 and is currently in its fifth generation with cumulative sales of 9 lakh units including both export and domestic sales. Now the company has started testing the new city in Thailand. Just so you know, the sixth-generation City was introduced in Thailand in 2019 and is gearing up to receive a midlife update sometime next year. Here are some key details we know so far about the Honda City facelift in 2023.

The new Honda City 2023 looks sportier than the existing model. Major changes will be made to the front. The sedan gets a larger black grille, but lacks the thick chrome bar. While the front bumper was camouflaged, it will likely be revised with massive air dams and new fog lamp assembly. One can also notice the side skirts around the edges of the doors. The new City will likely come with the updated rear bumper and a spoiler above the trunk lid. 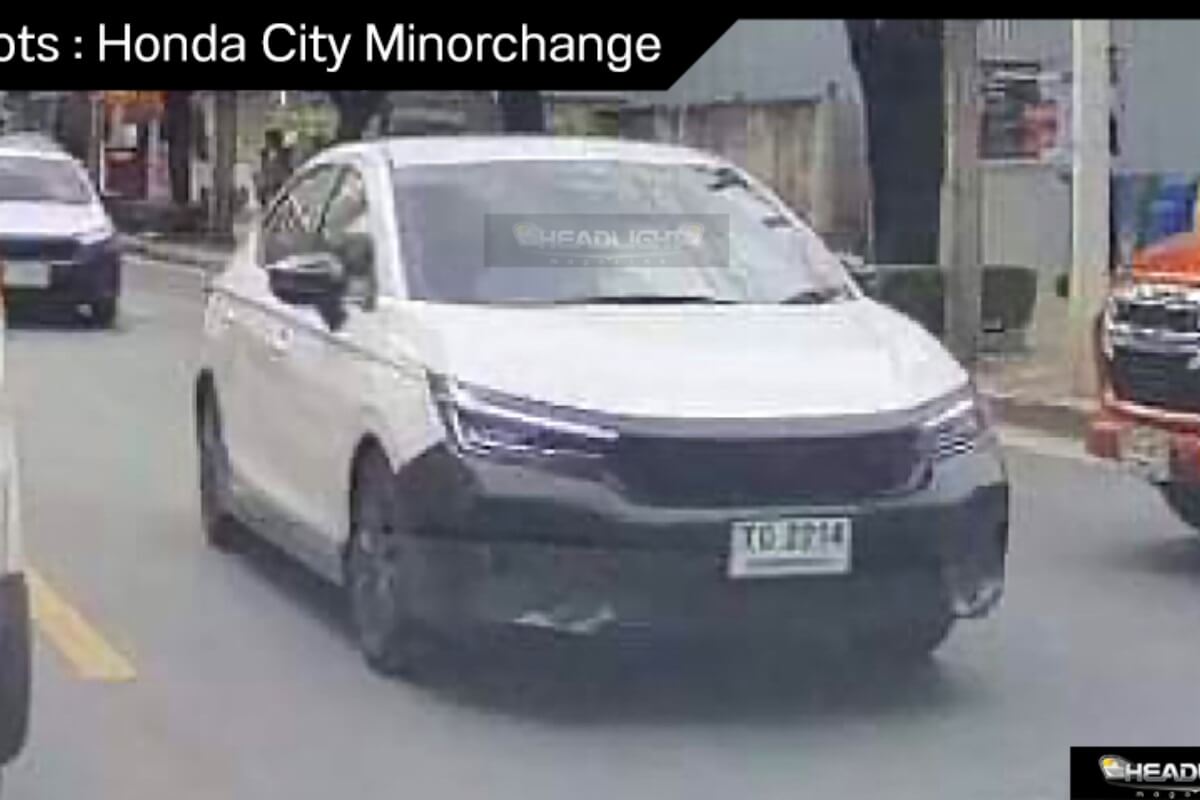 In India, the new Honda City 2023 will be made available with the 121hp 1.5L naturally aspirated petrol engine and the new Atkinson Cycle 1.5L petrol hybrid powertrain. The hybrid setup has two electric motors, one as an electric generator and one for propulsion. It returns a claimed mileage of 26.5kmpl. The standard petrol CVT variant promises a mileage of 18.4 kmpl.