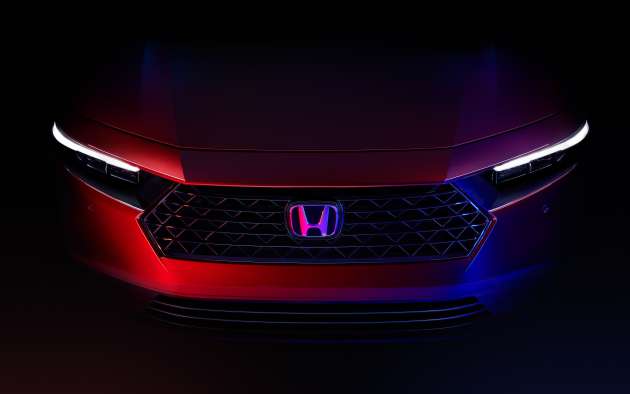 Honda has released the first official teasers of the 11th-generation Accord, which will make its full-length debut in November. Replacing the 10th generation model that has been around since 2017 – a facelift was introduced in 2020 – the forthcoming Accord will boast the largest touchscreen ever fitted to a Honda at 12.3 inches.

Details are scarce, but the Japanese automaker says the touchscreen will be paired with a new infotainment system that integrates Google services. We’ve known this for a while, as last September, the company confirmed that it will be using the tech giant’s Android Automotive OS in its cars. Expect features Google Assistant, Google Maps and in-vehicle apps to be available to users, just like Volvo does with its cars.

Of course, the main draw of the teasers is what the Accord will look like, and Honda was gracious enough to provide images of the front and rear of the D-segment sedan. Starting with the new face, the design matches what was seen in previous patent images, with a hexagonal grille (looks Acura-esque, don’t you think?) replacing the chunky Solid Wing chrome bar and louvers found on it. outgoing model. You’ll also notice that the grille gets a triangular insert and is flanked by sleek recessed headlights, the latter with LED daytime running light strips. Further down there is a wide lower intake, and although the lower edges of the bumper are shrouded in darkness, the aforementioned patent images suggest there will be no fake intakes in those areas.

As for the rear, the full-width two-piece taillights feature the vogue light bars terminating at the Honda logo on the boot lid, and like the front, the lower rear apron has been kept simple. Referring again to the patent images, the new Accord retains the fastback shape of its predecessor.

Inside, apart from the large touchscreen, we see a digital instrument panel and a conventional volume knob. Judging by what’s on the screen, Honda appears to have separated the climate control from the infotainment system. 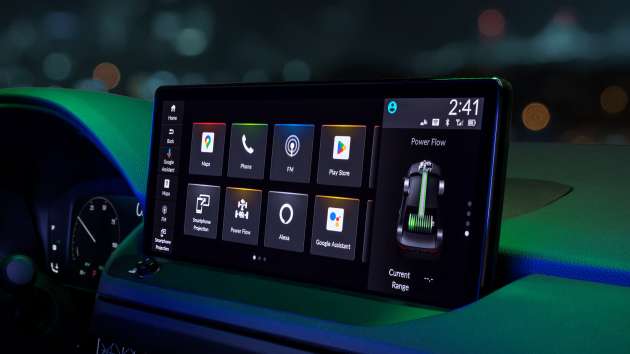 Other details the teasers offer include the return of the Touring variant, which is possible with a hybrid powertrain. These things aren’t new, as the current Accord can be ordered with those specs. What is unknown is whether the hybrid powertrain has been improved; the current setup consists of a 2.0 liter Atkinson cycle four-cylinder, E-CVT and an electric motor that produces a total system output of 212 hp and 315 Nm.

We won’t know more information until Honda unveils the next-generation Accord next month, but for now, what do you think of the overhauled styling? Does it look better than the 10th generation model it replaces? Share your thoughts in the comments below.